Needle in a haystack

Lots and lots (and lots) of knitting needles, in need of a little organization…

It’s been pretty hot these past few weeks, but then the weather turned sharply cold and rainy on Saturday. The turn in the weather must have caused me to catch a cold or something, but I started feeling crappy yesterday afternoon. So after finishing up with dyeing the August Fibre and Yarn Clubs, I came home to comfort myself with a bowl of Dan Dan noodles and some knitting. Being still completely enamoured with Kate Davies’ Manu cardigan pattern, I was thinking about beginning to cast on when I got stuck… looking for needles. 3.75 mm circulars. Where the heck are they?!, I’m thinking.

Over the past several years, I’ve accumulated more knitting needles than I could have ever imagined. As a kid, I had a small collection of straight Aero needles which didn’t take up much space and were easy to sort and organize. But now, I’ve switched mainly to knitting with long circulars… everything from socks to sweaters, and they just end up in these big tangled piles. I am in search of the best way to organize these circular knitting needles so that I don’t have to go through six pairs of 4.0 mm needles to find the 3.75 mm needle.

So far, over the years, I’ve tried:

I finally managed to find a set of 3.75 mm circulars, but they are Knit Picks Interchangables so I didn’t even find what I was looking for in the circular tangle. Once Around in Mill Valley had a great post on their old blog about organizing them by file folders, but since they’ve re-opened the post is gone now. Any ideas or suggestions on organizing knitting needles, including circular, straight and double-pointed? How do you organize your knitting needles? 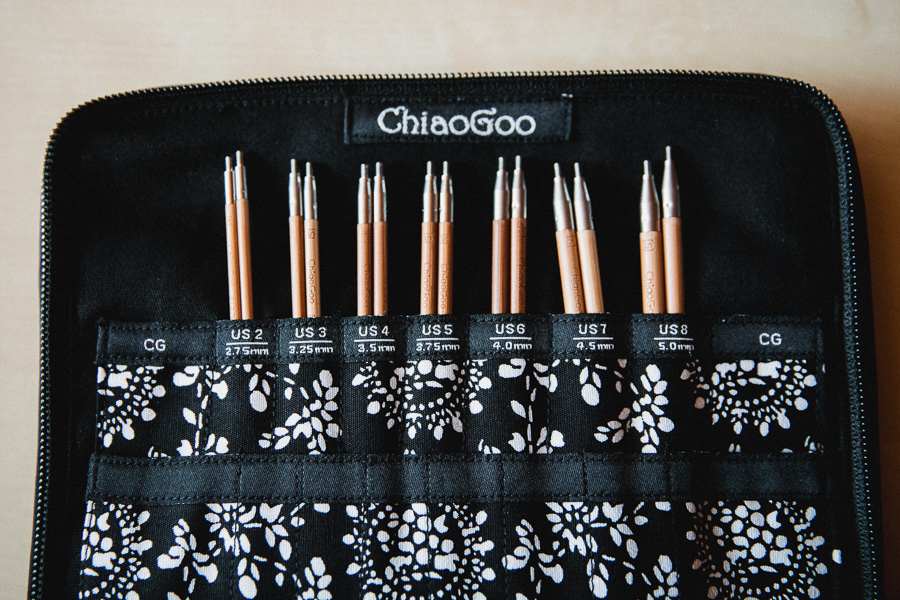 Unboxing and knitting with ChiaoGoo on today’s vlog

END_OF_DOCUMENT_TOKEN_TO_BE_REPLACED

76 thoughts on “Needle in a haystack”