Spinning for Lace with Margaret Stove

Last year before SOAR, I was so concerned about leaving my work for a mere three days to go participate in a few retreat classes. But after the first day, I just knew, I’d have to come back this year for the entire week. Similarly, today, after the first day of my SOAR workshop with Margaret Stove, I am convinced that I absolutely need to come every year. 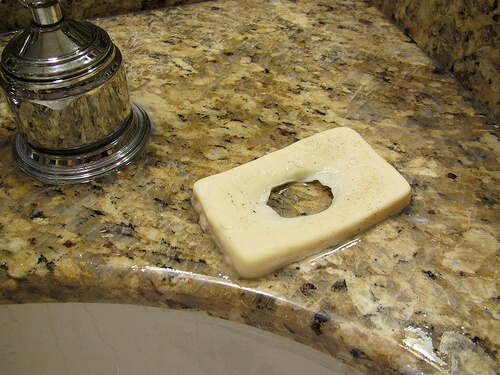 A tiny bar of hotel soap will wash about 30 staples of merino fibre.

I’m taking three full days of workshops with Margaret Stove on Spinning for Lace. I picked up a copy of her book years ago when I first became addicted to spinning and wanted to discover the Holy Grail that is merino. I found myself flipping through the book, enamoured by the photos of her washing single locks of merino by hand over a bar of soap but thought to myself, “That’s a lot of work, I’ll never do that…” and here I am, doing it, and being amazed by it.

Merino, picking it apart to wash staples or assembling in bags to wash en masse

Margaret gave us each a package of three different merino fibres — all unwashed, raw fleece — labelled fine (14-15 microns), medium (19 microns), and strong (23-24 microns). We spent the morning picking staples out of the medium fleece and… washing them individually over a bar of soap. It was a challenge to get through 17 students trying to wash their locks in all of two tiny plastic basins in the workshop room, so many of us ran back to our own hotel rooms to wash them. Somehow, Jen and I managed to book a quad room for the two of us (I vaguely recall us being ambitious about finding extra roommates) and luckily, that gives us 1.5 bathrooms. So the second bathroom has become the official fleece washing room. There are bits of merino and all colours of alpaca (Jen is in the suri alpaca workshop) strewn all over. 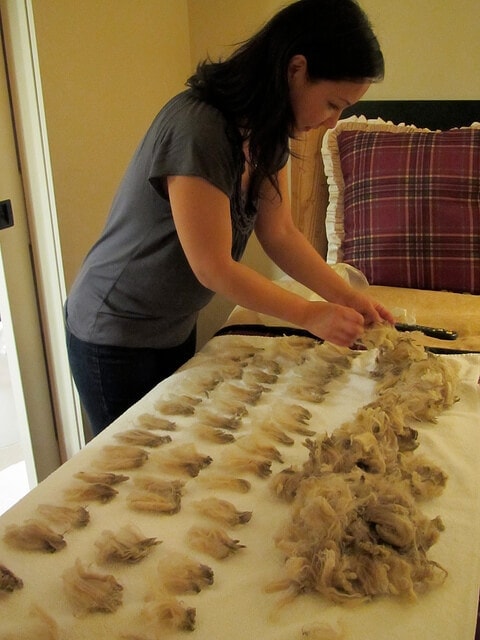 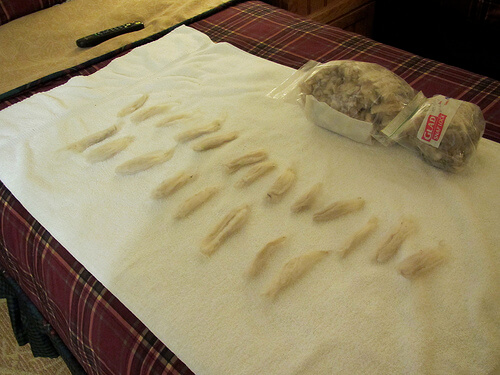 Out of all those bits I sorted, this is all I managed to wash before my hands got super raw

Following lunch, Margaret showed us her technique for spinning fine worsted merino singles which involves straightening the tiny crimp of merino with a “guide” hand as the fibre hand drafts backwards in small amounts. Usually, we spin worsted with a short forward draft, pinching and pulling forward… but this technique seems to result in slightly blobbiness. So Margaret’s method makes for a very consistent singles. I also blame the conventional short forward draft on giving me tendonitis in my thumb early on when I learned to spin and so often, I can’t spin for very long because my thumb will get sore. And the genius part of Margaret’s technique is that I barely need to involve my thumb at all! Oh, the joy of painless spinning!

After about 2 1/2 hours of this fine spinning, Margaret gave us a final challenge of spinning half the diameter of what we were already spinning. All the movements become ever more minute and she showed me that the drafting hand was only moving back not even half an inch. Simply tiny quarter-inch to half-inch movements.

The ultimate revelation was plying a length of these singles back on themselves. The yarn is stretchy! It looks like sewing thread but it acts like elastic! I don’t know why I should be so amazed — maybe because I was super exhausted by the end of the class, but seriously, I’m so amazed. My sad little two feet of yarn wouldn’t show up on film very well, but here’s a basket of Jenni C’s beautiful gossamer handspun:

Truly, not only are the mentors are SOAR wonderfully experienced and knowledgeable, but also all the participants are as well… and they all love to share their passion. I’m lucky to be in a class where I’m pretty much one of the least experienced spinners — most of my classmates say they learned to spin around mid-90’s and earlier. They all have so much skill and knowledge. Everything from being inspired by Jenni’s handspun (she also knit the shawl that I fell in love with last year) to watching Stetson spin so effortlessly on a supported spindle across from me to talking to other spinners about my arms going numb on occasion… well, I’m just learning so much. 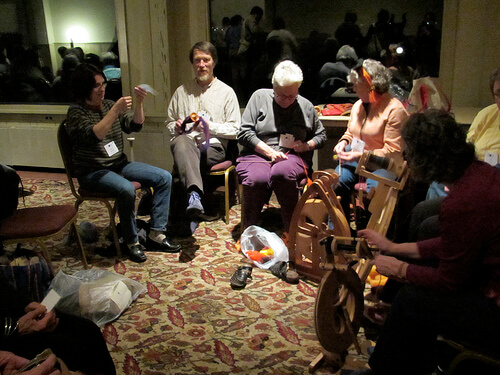 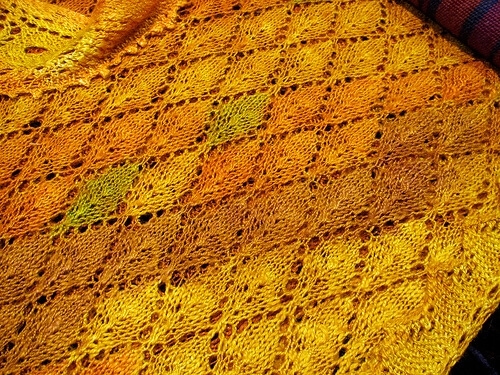 This is a day of workshops I've needed and waited ...
END_OF_DOCUMENT_TOKEN_TO_BE_REPLACED 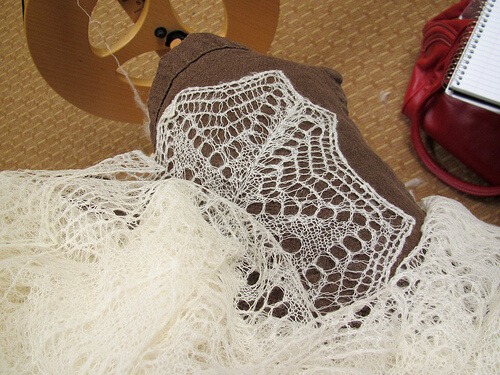 Tuesday morning, our task was to spin up two bobbi...
END_OF_DOCUMENT_TOKEN_TO_BE_REPLACED 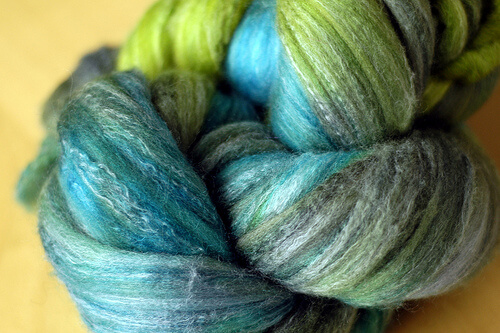 Much Spinning to Come

Drum Carding with Abby and Spinning for Socks with Janel

Today was the final day of retreat sessions at SOA...
END_OF_DOCUMENT_TOKEN_TO_BE_REPLACED

Dye Crazy and All About Colour

After a good nights' sleep, I started Friday morni...
END_OF_DOCUMENT_TOKEN_TO_BE_REPLACED

The Road to SOAR at Sunriver

These past few days, I've been madly working from ...
END_OF_DOCUMENT_TOKEN_TO_BE_REPLACED

I *just* finished registering for SOAR... It'll be...
END_OF_DOCUMENT_TOKEN_TO_BE_REPLACED

Spinning round and round.

It's another one of those oddly creative days agai...
END_OF_DOCUMENT_TOKEN_TO_BE_REPLACED

It was not a happy meeting today, the skin of my h...
END_OF_DOCUMENT_TOKEN_TO_BE_REPLACED

9 thoughts on “Spinning for Lace with Margaret Stove”