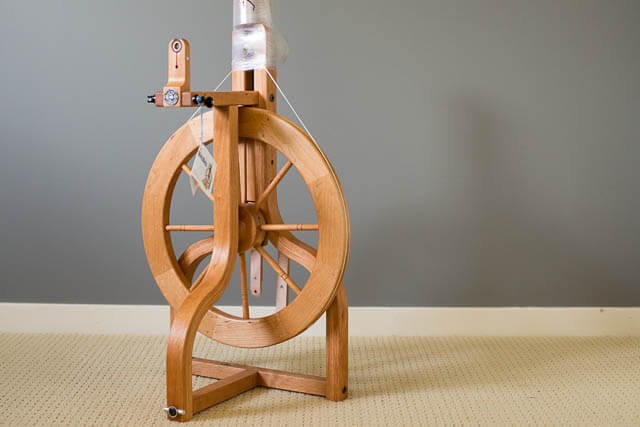 Fresh out of the box, Cherry Schacht Matchless DT

So, it looks like I have a new wheel… and this is how it happened.

In November 2005, I bought my a Schacht Matchless DT from Cal at Shuttleworks. It was Maple and lovely and it’s been my main wheel until just a couple weeks ago. My first wheel was an Ashford Joy DT that I ended up selling to my girlfriend, Jen. And then upon opening the studio in 2008, I invested in several more wheels for teaching: Louet Victoria and Julia, Schacht Ladybug and Sidekick. But those were never really “my” wheels. They were studio wheels that I used. I also lost my composure at FibresWest in March and bought a Hansen minispinner but ended up selling it last week too. My partner-in-crime has been and always been this Schacht Matchless. 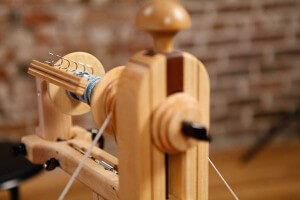 And then, last year, I had the undeniable good fortune of being able to film a spinning class for Craftsy in Denver. My producer, Liz Gipson, brought a brand new Matchless to the set for me to spin on… and showed me all the new enhancements and upgrades to my trusty old Matchless model. There was the new bike-inspired quick release for the front maiden, making bobbin changing a little quicker and making it less likely the old screw would loosen and the flyer pop out. And, there was the new scotch-tension design that would ensure equal tension on the brake band regardless of whether you were spinning or plying. There were delicate aesthetic changes in the drive wheel too that were sort of seductive. That brief 3-day encounter with the fresh design of the Matchless AND the factory tour of Schacht stuck with me… like a summer fling that haunts you through the fall and winter.

So, when I received an email from Jane Patrick at Schacht announcing that they were planning to release a special set of Cherry Matchless wheels in celebration of company founder Barry Schacht’s 70th birthday in 2013, I immediately jumped at the chance to bring the wheels into the studio. Cherry wheels are only available from Schacht once in a while and usually only in very limited quantity. I sold my old maple Matchless to the studio for spinning classes and a new cherry Matchless came home with me last Friday. 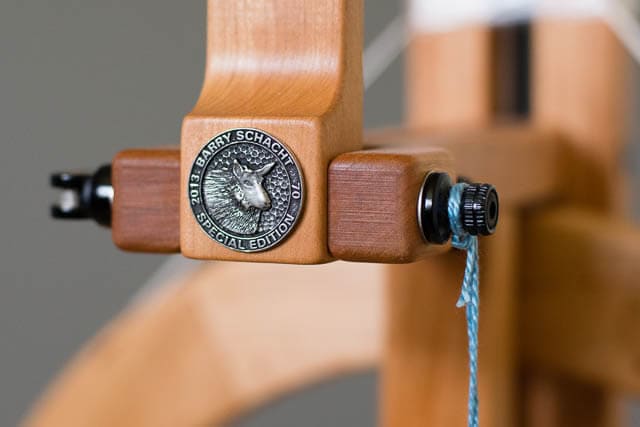 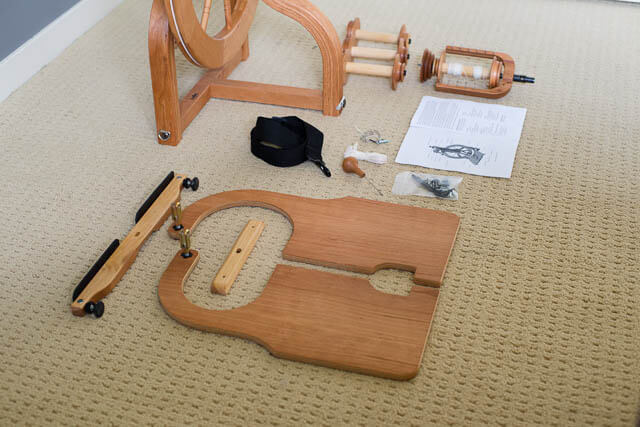 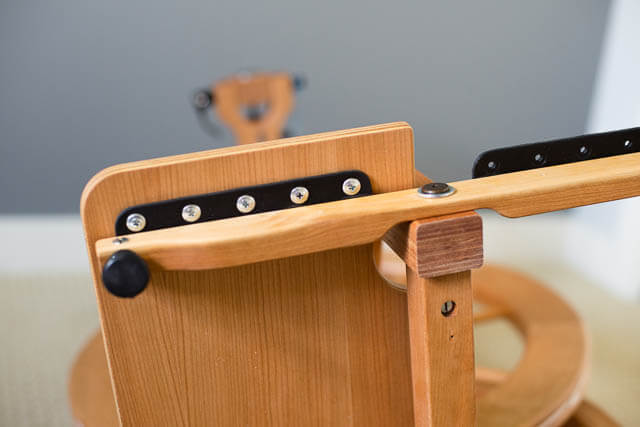 I spent about half-an-hour on Saturday morning setting up the wheel and it was so much easier than I remembered it eight years ago. This time the treadles did not need to be banged in with a mallet… It took just 5 little screws on each treadle to elegantly connect the treadles to the wheel. Much less traumatic than I remember. 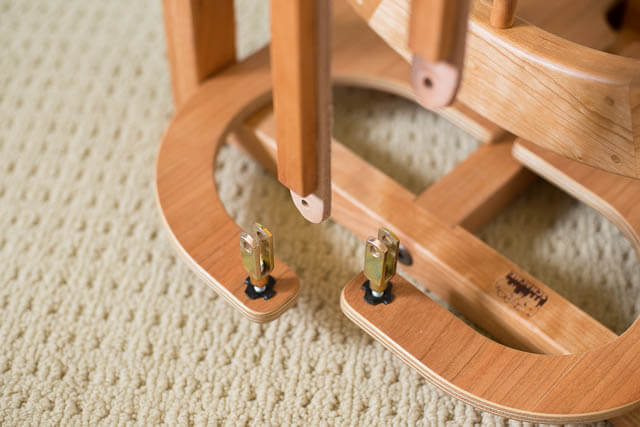 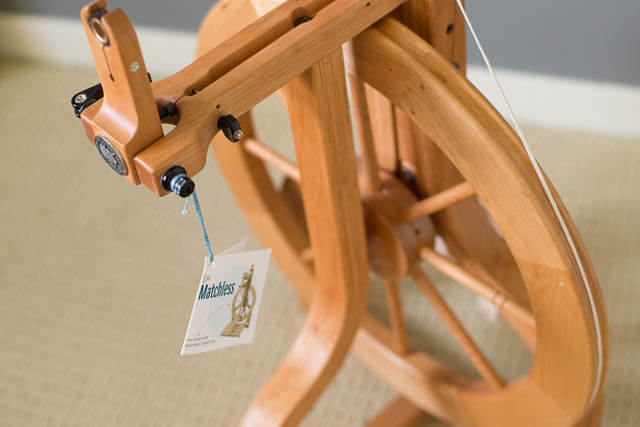 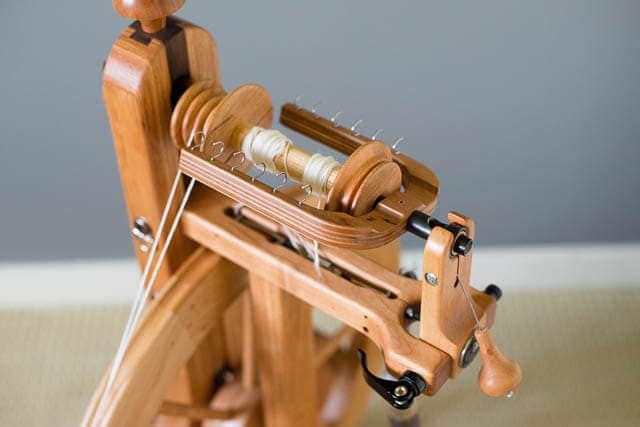 Cherry Schacht Matchless DT set up in double-drive with the fast speed whorl, ready to spin

Assembling the wheel and oiling didn’t take much time… but I did spend a ton more time trying to decide if I wanted to set up the wheel on Scotch tension or Double Drive. In the end, I decided on Double Drive with the fast whorl on the 15.5:1 ratio… it’s set up to spin my yardage for Spinzilla. I’m hoping to spin from the fold with some BFL+Silk for a sweater, so hopefully this set up will give me the fastest and most consistent spinning option for this wheel.

I’m a sucker for these beautiful wood tones. I loved how my old maple Matchless developed this deeper, California girl, golden tone to it over the years and I am so looking forward to enjoying seeing this cherry wood darken over time. These past few days spent getting to know this new wheel have been so peaceful… the gentle quiet hum of the wheel has been soothing while the continuous sound of a new season of football commentary chugs away in the background.

Want to see the new Cherry Matchless in person? We’re hosting two nights of Spin-Ins for Spinzilla on Tuesday, October 8 and Thursday, October 10 from 6 pm to 9 pm at the studio in Vancouver. Come by and see… or pick one up for yourself! We have two more Cherry wheels in-stock if you are thinking about expanding your wheel collection!

6 thoughts on “Unboxing the Cherry Matchless”