Today marks 7 months since my life changed in the most amazing way. As I write this, my mother is playing with baby Russell as he squeals gleefully and tries to stuff a book in his mouth. He’s just discovered how to make that crazy high-pitched sound and so he’s been doing it for the last hour or so. At seven months, Russell is sitting up, scooting backwards, rolling from back to front, and has launched himself forward a couple times (landing on his head, to his dismay).

We are beside ourselves when we stop and think how lucky we are to have this giggling, smiling, and happy little human in our lives. Seeing his morning smiles almost always wipes away the hours of middle-of-the-night comfort nursing and fragmented sleep. Ahh sleeping. It’s been a tricky thing. No one ever mentioned how hard it was going to be to get babies to sleep. Who knew? But I hope, just as he’s figured out rolling over and sitting up that he’ll figure out sleeping and getting back to sleep. In the meantime, I just do my best to keep him comfortable, feeling safe, and smiling. 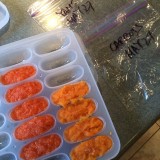 Last month, we started Russell on solid foods and I’ve been making and freezing pureed fruits and veggies of different consistencies. We started with butternut squash, sweet potatoes, chickpeas, avocado, yams, pears, banana, green beans, carrots, and some chicken. Pureed chicken is gross, but he’s been a trooper about it and hasn’t spit anything out so far! Now at 7 months, he’s already over 20 lbs and at 6 months he was wearing 12 month clothes, so we aren’t too worried about how much food or milk he’s eating. 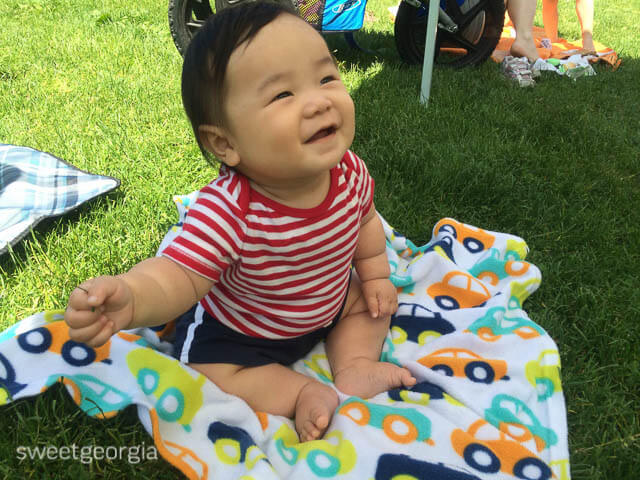 Smiling in the park on Sunday

So far he’s been great with new people, usually flirting and smiling with everyone he meets. He must be starting to get some of that separation anxiety though since he’ll look around the room for me when I’m doing something, and sometimes he’ll fuss if I leave the room. One of the biggest deals is if someone other than me goes to pick him up after he wakes from a nap. If it’s not me, he freaks out like he’s been abandoned.

Russell loves sitting up to see the world and gets super excited seeing trees and plants sway in the breeze, so we spend time in the garden (I pull weeds while he chills in his chair) or head out for walks around Steveston. He is also enamoured with watching my spinning wheel move, watching me cook, and studying his dad. Some of his biggest smiles are reserved for when his dad comes home from work.

In the morning, he gets anywhere from a 30 to 90 minute nap wherein I rush to get as many emails done as possible. The rest of the day bounces between either my mom or my husband’s parents coming to play with Russell so I can try to squeeze in a few more emails or attempt to work on my presentations for Unwind Brighton, or meeting up with my baby mama wolf pack (the moms from our pre-natal class and their babies) to swap stories about edamame vomit and poop frequency. I head to the studio about once a week for various things but work from home now, and mainly from just my iPhone. Sitting down at my computer feels like a luxury these days! Weekends are for running errands with father and son, and while my husband drives from stop to stop, I get to knit in the car. 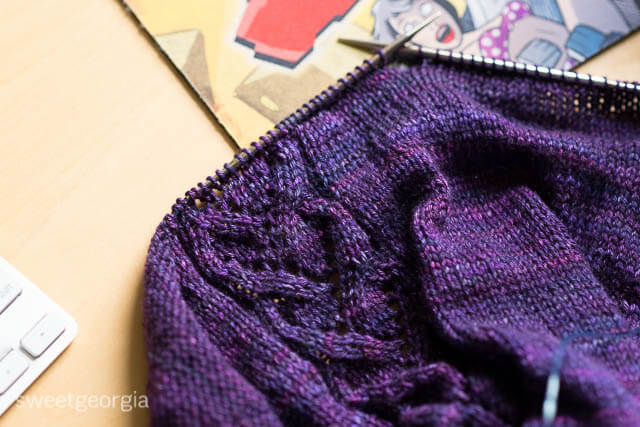 Yes, I’m actually knitting something. An actual full-size garment. It’s Liisa’s Nineteen Twenty Shrug design and I’m hoping to wear it in Brighton. This past weekend, I managed to get about halfway through. I’m amazed and pleased with myself. 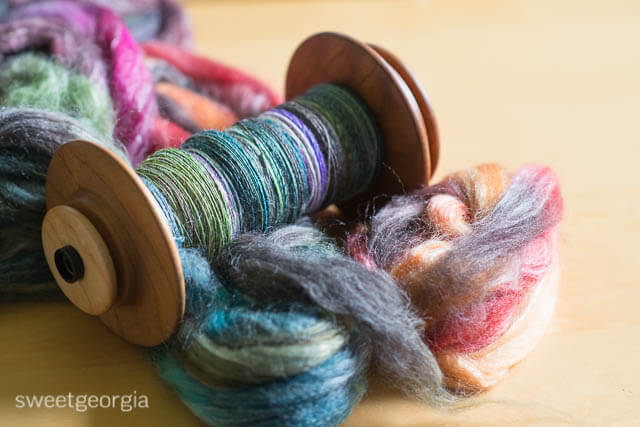 The rest of my crafting time has been spent spinning up and knitting samples for my spinning workshop at Unwind Brighton. My unfinished quilts have been pushed aside for now until I can spend some guilt-free time sewing again. I’ve started winding a merino and silk warp, but it’s sitting half-finished in the attic too. Basically any time and all time that is somewhat free is spent either mulling about or working on slides for Unwind. And now it’s official… 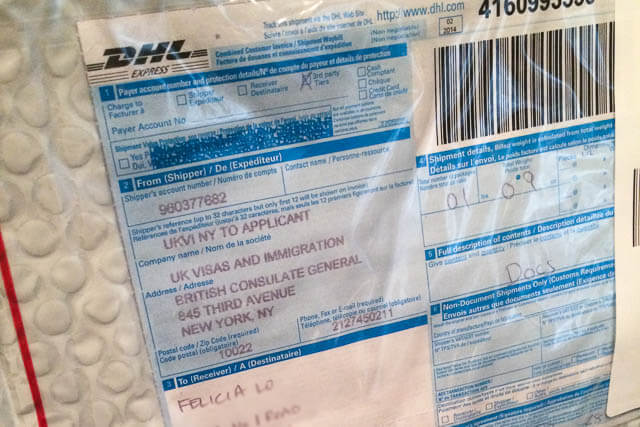 My special visa to lecture in the UK just arrived this morning, after months of preparing the paperwork and weeks of nervously waiting for the judgement. I’m so relieved it’s finally here. Now I can relax about the travel preparations and just worry about what I’m going to say on stage!

Seven months. We’re more than halfway to a year. While I am trying my best to juggle my time with my baby, my husband, my business, and preparations for Brighton, it’s all going by so fast. I feel like I’ve already forgotten how difficult the early months of sleeplessness were, or how fussy the baby was when he was just learning to roll over. There are always lots of things to be done and lots of opportunities to catch. Sometimes I ache to have two hands free or a mind that isn’t always half distracted. But whatever things I might be missing out on now, I wouldn’t trade this time and these moments for anything. 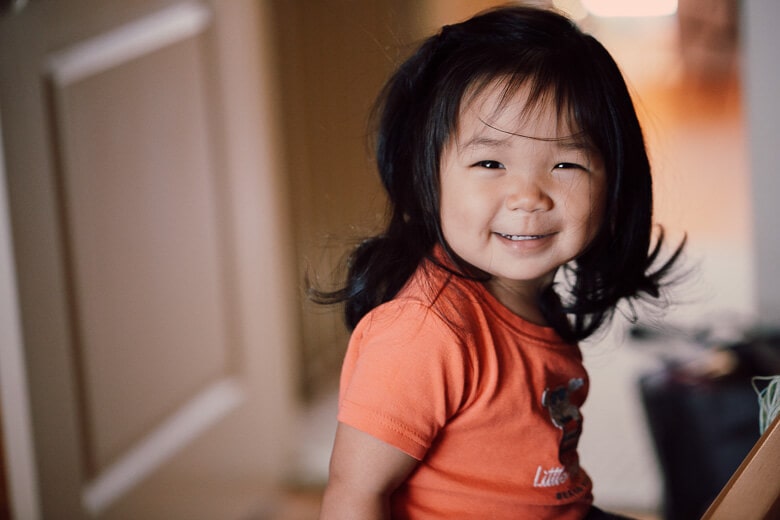 This blog has always been a place for crafty thing...
END_OF_DOCUMENT_TOKEN_TO_BE_REPLACED 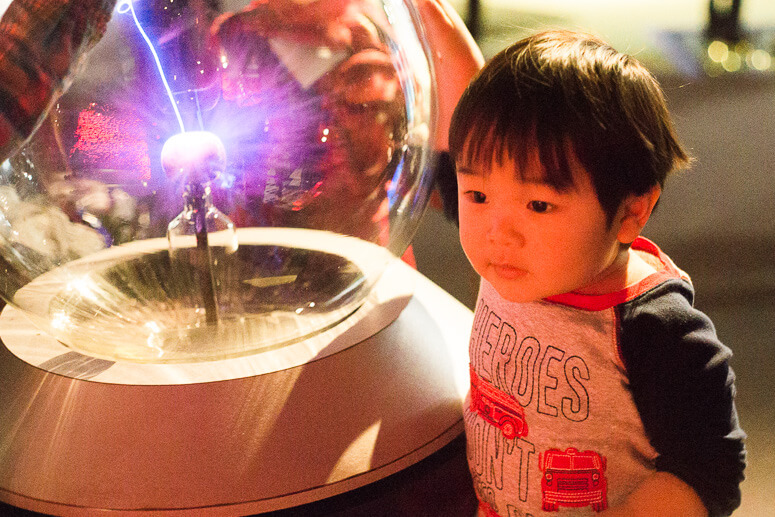 Three down, what’s to come?

Last weekend, I travelled with Nina and my mother ...
END_OF_DOCUMENT_TOKEN_TO_BE_REPLACED 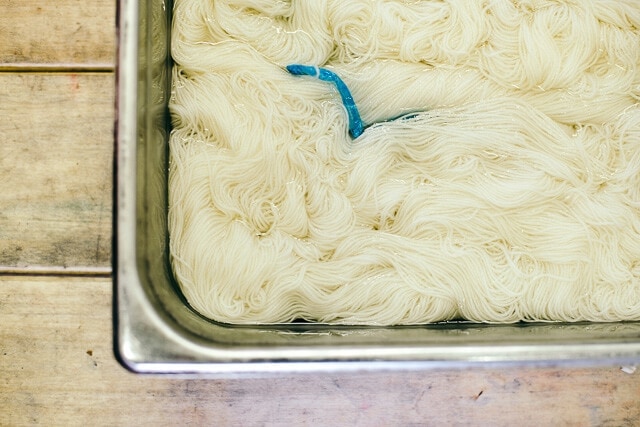 Believe or not, following all the excitement of th...
END_OF_DOCUMENT_TOKEN_TO_BE_REPLACED 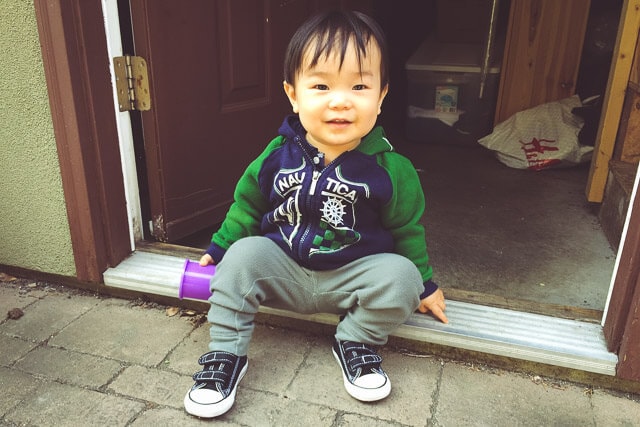 This Friday Five post is being pre-empted today! T...
END_OF_DOCUMENT_TOKEN_TO_BE_REPLACED

Without being too overly dramatic, I am experien...
END_OF_DOCUMENT_TOKEN_TO_BE_REPLACED

It might sound silly, but my mood seems direct...
END_OF_DOCUMENT_TOKEN_TO_BE_REPLACED

I was just listening to an interview with Jay Papa...
END_OF_DOCUMENT_TOKEN_TO_BE_REPLACED

This Friday afternoon, I'm swaddled in the baby ...
END_OF_DOCUMENT_TOKEN_TO_BE_REPLACED

So with the start of the new year, my husband ...
END_OF_DOCUMENT_TOKEN_TO_BE_REPLACED

This blog started off over ten years ago as a plac...
END_OF_DOCUMENT_TOKEN_TO_BE_REPLACED

It's late (read 9:05 pm) and so many thoughts ar...
END_OF_DOCUMENT_TOKEN_TO_BE_REPLACED