One thing I love about London is that there’s always something going on. From the first day we arrived, we went to the Fanzone in Stratford to watch the F1 British Grand Prix race where Lewis Hamilton won in front of a home crowd. Then there was watching the London leg of the Tour de France at Trafalgar Square. And then seeing the finish to Wimbledon, all within a span of a couple days. Here’s a super-massive whirlwind rundown of the yarnier highlights of London to Brighton:

1. Making Colour at the National Gallery 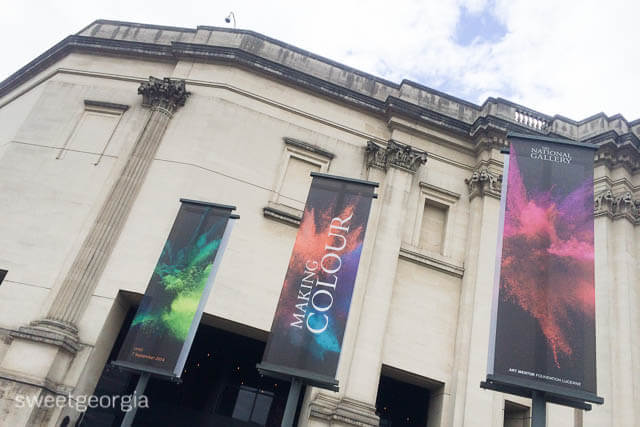 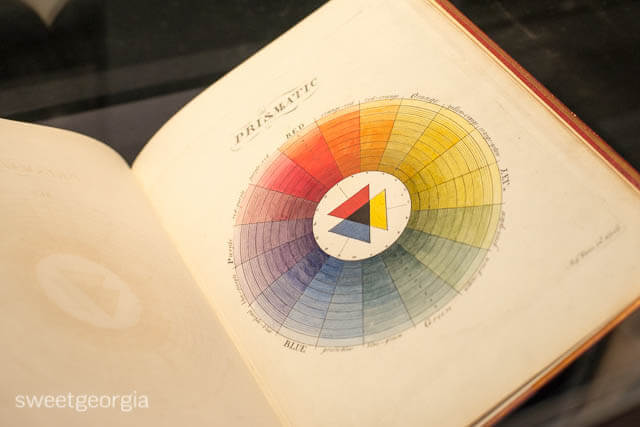 If you are in London, I highly recommend this beautiful little exhibit at the National Gallery, called “Making Colour“. It shows where different pigments were sourced and how they appear in different paintings throughout history. Some pigments faded with age in very unattractive ways and others are still as clear they were when they were painted. The “red” room covered all those dye stuffs that we’ve used before in natural dyeing — lac, cochineal, madder, and more. And the history of how these colours were obtained is fascinating.

2. Yarn Crawl through London with Allison

Allison and Russell at I Knit London

Have you met Allison? She is our SGY gal in London who is spreading the joy of SweetGeorgia to the rest of the UK, EU, and hopefully Japan. She also runs the Great London Yarn Crawl each year and so she knows her yarn stores. Who better than Allison to show me around London yarn shops?

These shopfronts are so lovely. They are all that perfect combination of shabby chic and modern sweetness. We weren’t sure how many shops we’d be able to hit with the kids along for the ride, but we managed to make it to four shops: I Knit London, Loop, The Village Haberdashery, and Ray Stitch.

Allison said I “squeeed” when we came upon Ray Stitch. Actually, they were all beautiful shops that I wish existed here in Vancouver. All that lovely fabric. I bought a few fat quarters plus a Merchant & Mills thimble from The Village Haberdashery, patterns from Loop, and a package of Liberty lawn bits from Ray Stitch. Of course, I have no idea what I will make from all of these things… but they were little acquisitions for a hungry stash. 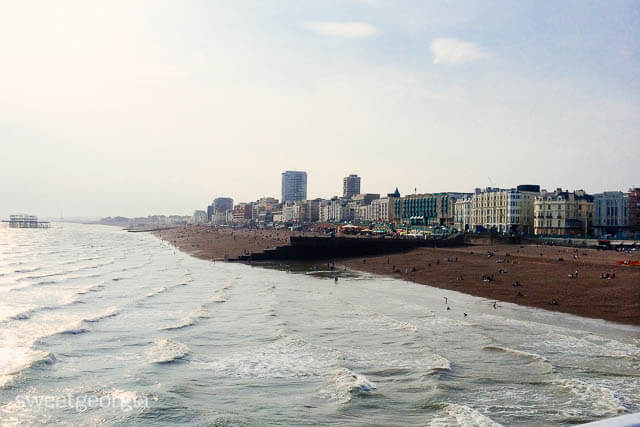 On Friday, July 11th, we left London from Victoria Station and took a train down to Brighton for the pièce de résistance of the trip: Unwind Brighton. Upon arrival, we discovered that Brighton is like the Vegas of the UK… it’s very popular for hen and stag parties, as at least three of these parties stumbled off the train deliciously happy and seeking taxis. Brighton is a really youthful seaside town that features tons of busy pubs and fine restaurants spread amongst Indian-inspired historical buildings. The vibe is super relaxed and easy. Perfect for the last few days of our travels.

We joined the other vendors and teachers for dinner on Friday and I had the opportunity, finally, to meet Aimee, the owner of L’Oisive Thé in Paris, a long-time supporter of our yarns. We “met” on Flickr about ten years ago and hadn’t had the chance to meet in person until Brighton. She brought her super awesome shop manager, Hiro, as well as a whole party of Parisian knitters! Over the weekend, I also had the chance to meet Veera and Joji for the first time. As well, I met Amy from Madelinetosh, Cathrin from Walk Collection, Ce from the Uncommon Thread Yarns, and Linda from Kettle Yarns — all such friendly fellow dyers who make seriously beautiful yarns! 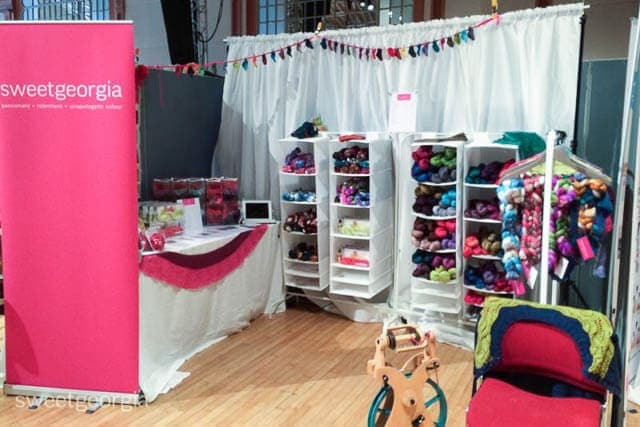 Following dinner, the vendors started to set up their booths and didn’t finish until almost midnight! Allison did a killer job working on and in our booth for the whole weekend. Actually, all the booths at Unwind Brighton were beautifully put together… with so much care and attention. Here’s a small sampling:

And also a few happy knitters sporting their SweetGeorgia:

4. My Lectures and Workshops 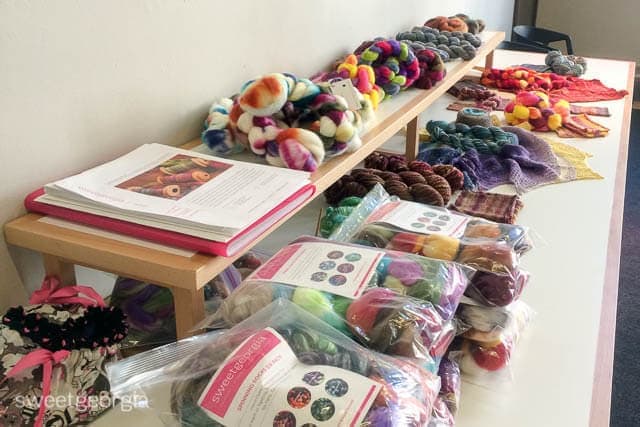 Ready for the spinning workshop 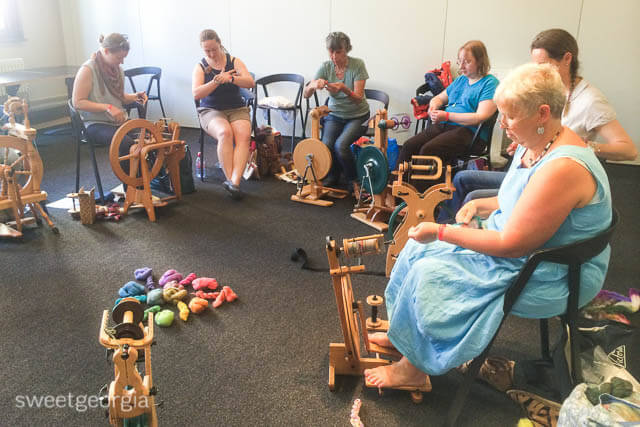 The Old Courtroom in Brighton is THE nicest venue I’ve ever presented in! The massive projection screen, the great seats, AND the building came with two very friendly tech guys who set up everything for me! The two talks went off without a hitch and I hope the students found the content useful and interesting.

On Sunday, we spent the afternoon playing with different colour techniques for spinning. The spinners were so friendly and chatty, it made for a great session. One of the students, Helen, even did the whole class using a drop spindle… and she even Navajo-plied at the same time as spinning her singles. It was awesome.

If you’re local to the Vancouver area, I’ll be giving this same spinning workshop again at Knit City in October. 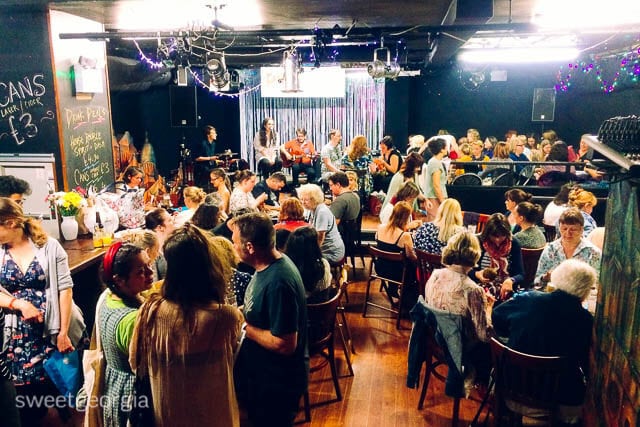 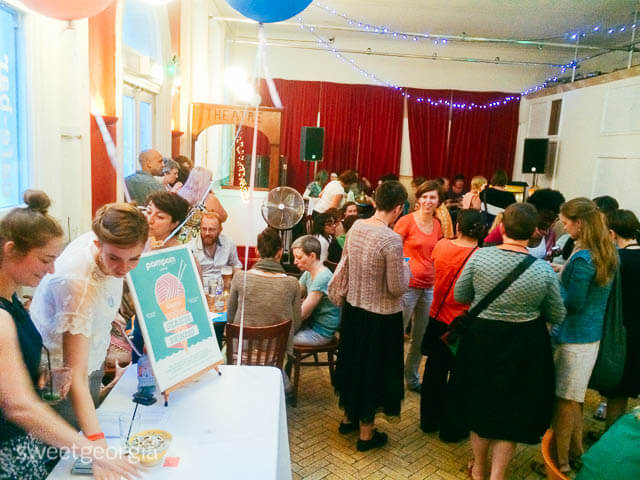 My husband was so supportive of this trip and my teaching that he encouraged, nay, pushed me to go out to the Pom Pom Magazine Seaside Shindig on Saturday night, despite it being his birthday! But first we had ourselves a long walk down and around Brighton Pier and then a fantastic dinner at the Dirty Blonde Bar and Restaurant near the beach. Lobster tacos and mac n’ cheese lollipops, anyone?

Absolved of most of my guilt, I stayed at the Pom Pom party as long as I could and had a great chat with Jeni from Fyberspates before heading back to the hotel to help with the baby’s bedtime.

All the knitters and spinners I met at Unwind were all so excited and happy all weekend… and it’s thanks to Dani Sunshine for organizing this first-ever yarn festival in Brighton. And thanks to Allison for planting the idea for me to travel out to the UK and for making it happen. The whole event came off so well, I hope Dani and her wonderful team of volunteers will do it again next year (after some much deserved rest!). For a look at all the buzz from Unwind, check out Instagram posts for #thanksdani and #unwindbrighton! 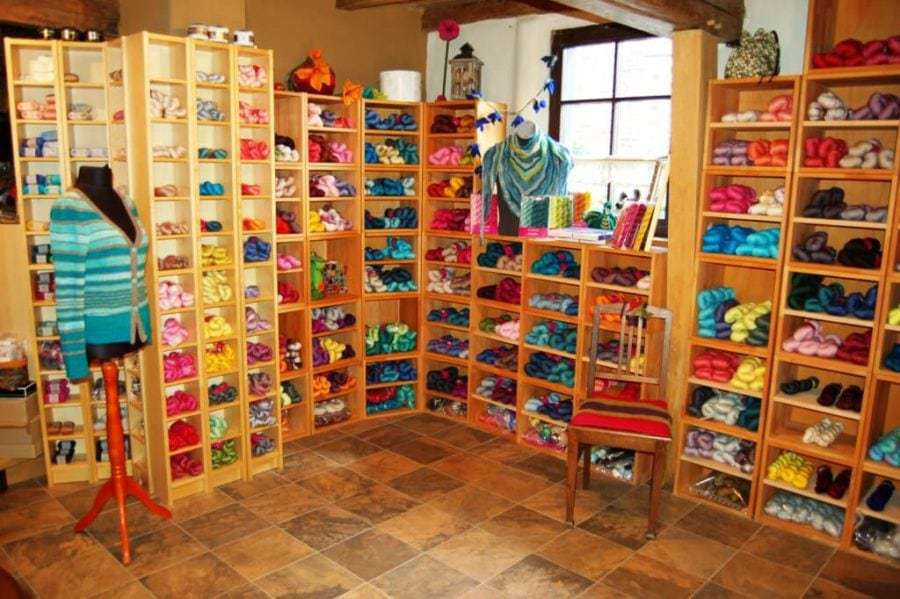 With the prompt for our Summer Stories Along I rea...
END_OF_DOCUMENT_TOKEN_TO_BE_REPLACED 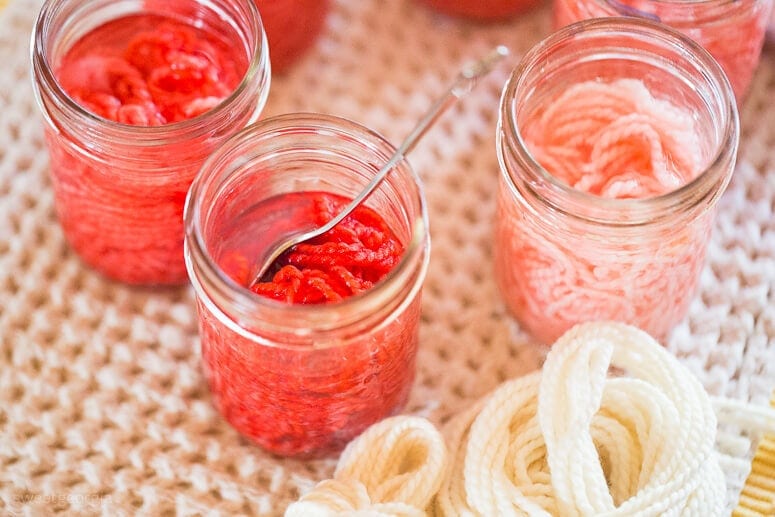 Kool-Aid Dyeing All Over Again

Way back in 2005, one of my first experiences with...
END_OF_DOCUMENT_TOKEN_TO_BE_REPLACED 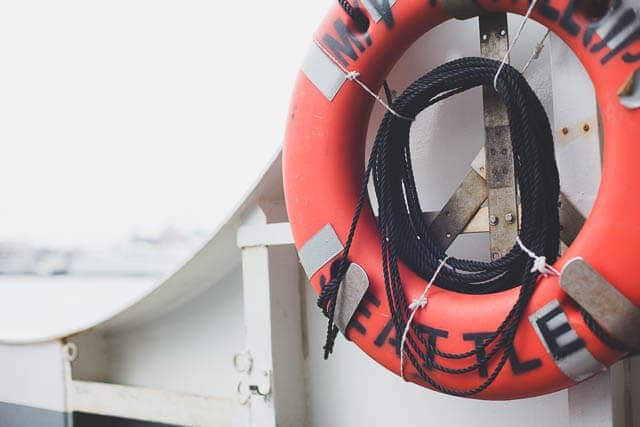 Before my husband and I had Russell, we always sai...
END_OF_DOCUMENT_TOKEN_TO_BE_REPLACED

It's been a couple weeks since I've managed to wra...
END_OF_DOCUMENT_TOKEN_TO_BE_REPLACED

Feeling like a beginner again! This past TNNA wa...
END_OF_DOCUMENT_TOKEN_TO_BE_REPLACED

This blog started off over ten years ago as a plac...
END_OF_DOCUMENT_TOKEN_TO_BE_REPLACED

The Summer 2014 issue of Pom Pom Magazine is ava...
END_OF_DOCUMENT_TOKEN_TO_BE_REPLACED

In less than a week, we'll be winging our way ov...
END_OF_DOCUMENT_TOKEN_TO_BE_REPLACED 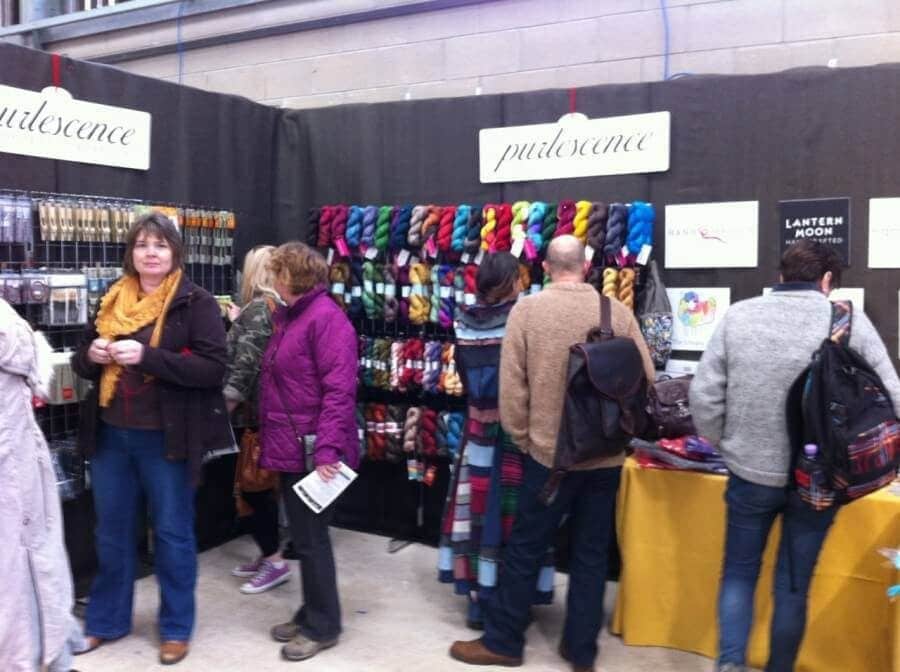 Next up in our profiles of the wonderful stockists...
END_OF_DOCUMENT_TOKEN_TO_BE_REPLACED 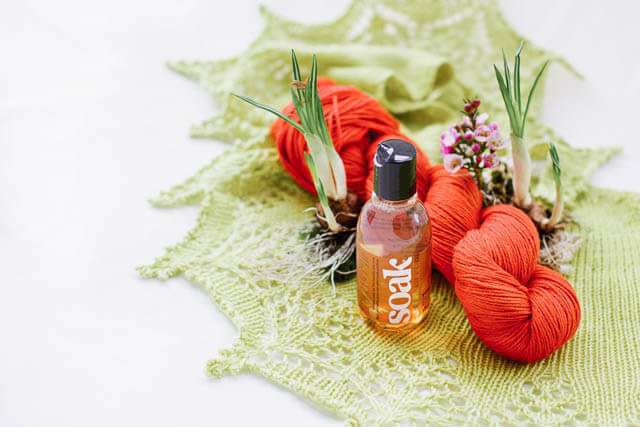 We're excited to be attending our first UK yarn an...
END_OF_DOCUMENT_TOKEN_TO_BE_REPLACED

2 thoughts on “From London to Brighton”