When I looked back this summer, I was shocked on how many new projects I started since May. There were nineteen new projects casted on during four months, which mean average of five projects per month! Nine of them were completed, five were halfway done, and the rest was just at starting point. Plus the uncounted donation hat I knit along. I am killing my stash pretty well! And then I realized half of them were shawls, which included a shawl knit from the August Sock Club: Moonshine.

I really enjoyed this colourway designed by Tabetha. It’s soft. It’s muted. It’s calm. A bit different from what you might expect from SweetGeorgia. But hey! We all needed soothing colours here and there in our lives, and Tabetha just brought it up at the very right time!

The pattern I used was Close To You by Justyna Lorkowska. It was the first pattern went across my mind when I observed the colourway, and I decided to stick with it. For some reason, I just believed Moonshine would look good on Close to You. 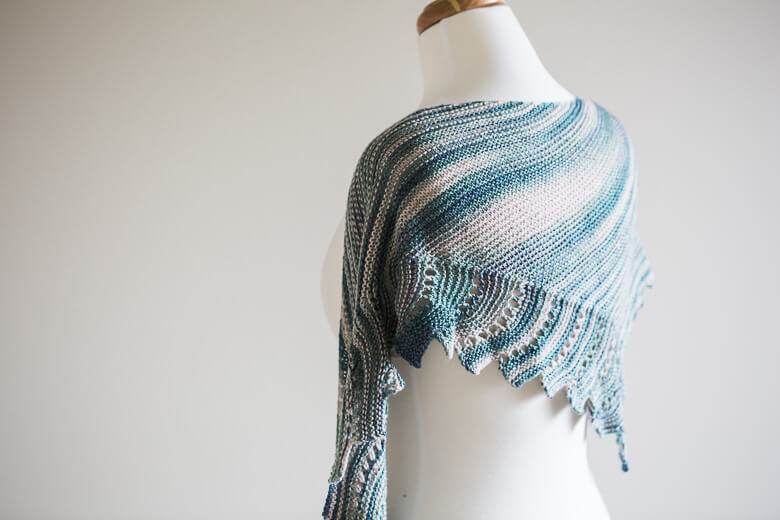 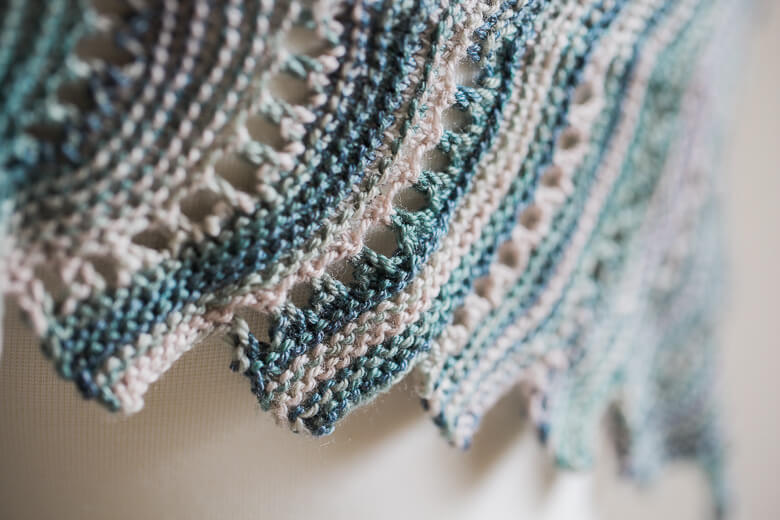 This one-skein shawlette was worked asymmetrical, which half of the stitches were slowly increasing garter stitch, and the other half were lace. As I was knitting, I could see the colour started to pool. But because the dyes were all smoky green, they blended really well. Only when I came to the middle of the shawl, pooling became very obvious. All the milky white gathered in one spot and greens blended in other places. Eventually the spots got broken down when the stitch number increased. I thought the effect was quite an interesting accident.

This shawl pattern was also very easy to adjust in sizes. I did two more repeats trying to use up the skein. The designer had all the how-to details written down.

Hope you have a soothing and peaceful experience knitting Moonshine!

Each month, we dye a brand new, unique colourway for our Spinning Fibre and Sock Yarn Clubs. This post is all about what we sent out to our members in August 2017.