Earlier this year, I already knit a marl project using May’s club, Unicornfrap. It was so much fun combining multiple strands of variegated yarns that I went on and knit two more Five by Five cowls. Five months later, Felicia designed Wildflower and suggested I knit it into a pair of Camp Out Fingerless Mitts.

First, I made a center pull ball from Wildflower, holding together both the beginning and end of the yarn. Then I added a strand of Broken Circus, which made it three strands together in total. Wildflower and Broken Circus both have reds and browns, thus the colour would blend instead of pooling.

The needle size I used was 4.5mm circular needle. With it I knit a tight, but not stiff, fabric. The fuzziness of Bulletproof Sock not only helped holding together the two different yarns but also gave extra warmth due to the mohair in it!

Camp Out Fingerless Mitts was a very easy pattern. The only challenging part was the thumb, where I needed to cast on 9 stitches out of nowhere. So I just wrapped my yarn around the needle nine times and knit them from the back loop in the next round. Worked pretty well! 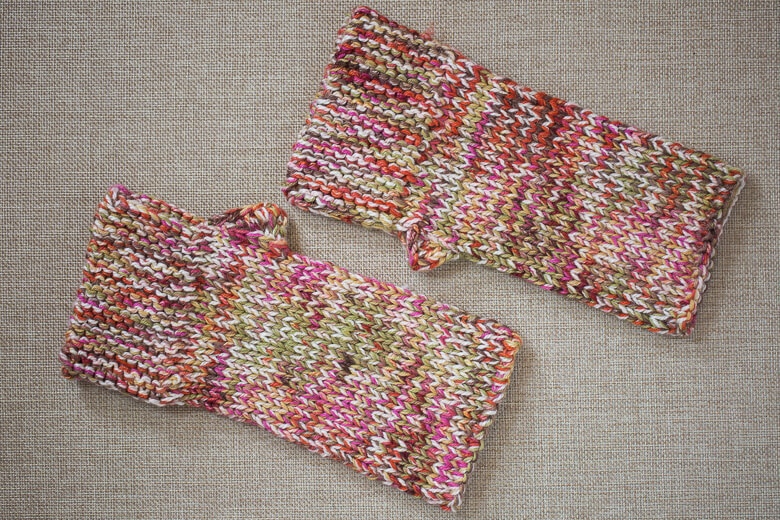 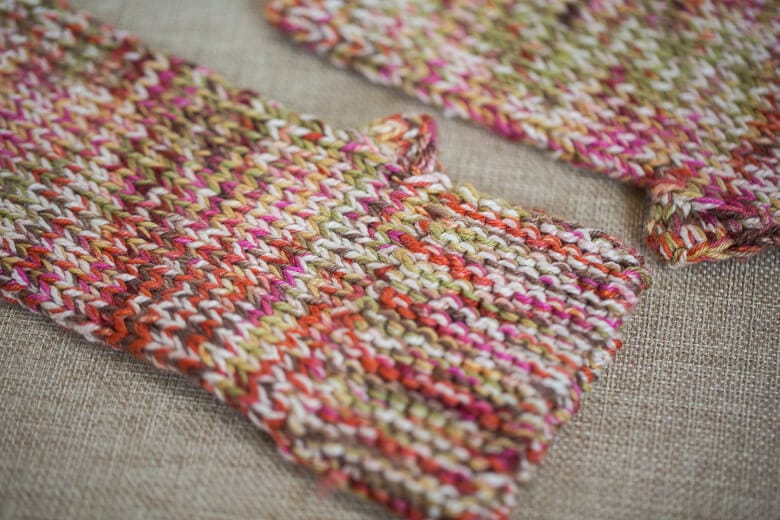 Holding three strands together made it a super fast knit. The fabric was thick and warm. Perfect for the cold winter to come!

Each month, we dye a brand new, unique colourway for our Spinning Fibre and Sock Yarn Clubs. This post is all about what we sent out to our members in October 2017.