If texture can be a trend in knitting then it feels like we’ve been riding the brioche wave for at least the last couple of years! Thanks to popular patterns from Stephen West and other designers brioche has been everywhere from shawls to garments. Many designers credit their love and appreciation of brioche to Nancy Marchant, an American in Amsterdam who is wrote the book Knitting Brioche almost a decade ago.

Nancy’s new book Tuck Stitches: Sophistication in Handknitting continues her life’s work exploring stitch patterns and the various textures we can make with them. I sat down with Nancy at the recent Edinburgh Yarn Festival to find out more.

AT: I suspect there isn’t any knitter who doesn’t know you as the Queen of Brioche but in case there is, can you tell me a little bit about yourself?

NM: I was born and raised in Evansville, Indiana, actually between Evansville and Darmstadt. Darmstadt has a population of 400, so that tells you a little about what it was like! When I was a child my mother would get these knitting magazines and I could never get these yarns because I was in the middle of nowhere. I would go to Woolworths to get the Red Heart 100% wool at the time (in the seven different colours that they had) and I had to revamp every pattern that I saw. As knitters we all revamp patterns but I think because I did that as a child it helped me revamp everything after that.

AT: How did you come to be so involved with Brioche stitch?

NM: With Brioche, I first saw it in the eighties in the Netherlands and I wrote an article about in 1992 for Vogue Knitting magazine and then I forgot about it. In 2005 Interweave Knits asked me to write the same article, which I did. And it was then that I really thought, “This is a great stitch”.

I tried to research it but there was no information about it at all so I did whatever I could and I came up with enough material for that first book, which is Knitting Brioche. If I could rewrite that book I would. I don’t want to but there are things that I would do completely differently than I did then because what I know now compared to what I knew then, there’s a huge difference.

AT: So your knitting career has really been an exploration of Brioche and your passion for this stitch. Has it always been texture and specialty stitches that have spoken to you?

NM: What I love about knitting is stitch patterning – even when I was in school. I got a degree in Art Education and then I got a Master of Fine Arts in Shibori, which is Japanese tie-dye. And it was always about patterning, repeated patterns, flipping the patterns, mirroring the patterns, things like that. So that’s always what I’ve been attracted to.

I have things that I made when I was in graduate school in shibori. When I look at those things I still see the same types of patterns that I create today. I don’t design garments. I don’t design shawls and things like that. I design the stitch patterns. And that’s all I want to do.

For instance, you can take a stitch pattern and do it in two woolly wools compared to, say, a mohair silk and a linen together or something. The pattern looks different and parts of the pattern come out in certain yarns where it doesn’t come out in other yarns. And that to me is just fascinating. It’s what we knitters LOVE!

AT: It’s very playful. It’s liberating to have a play and see what happens.

NM: It’s constantly experimenting. Constantly. I make TONS of swatches – that’s just what I do. I know everybody hates to swatch but that’s all I do. But it’s when I’m making the swatch that I discover. As I’m making one swatch I’m thinking, “oh I’ve got to write this down because I’m going to change it in the next one to create the next swatch”. And then when I’m doing that one I’m thinking, “oh but if I did this…” so that’s how I develop stitch patterns.

AT: So tell me about Tuck Stitches. This is your newest book. Is it an evolution from Brioche or is it just a new exploration that you’ve been doing? How did it come about?

NM: I used to do quite a bit of work on a machine. And in machine knitting if you look at your manual half of it is all about tuck stitches. When I looked at them I didn’t like any of them. It was because they were all done in one colour. What they did was they would tuck little stitches, which means that you carry a yarnover and in the next row you knit that stitch and the yarnover together. Or you carry a couple of yarnovers over a stitch and in the next row you work all of that together. Most of these stitches in machine knit manuals were knit in one colour and they just made these little tuck stitches in an arrangement and I wasn’t really interested in them. 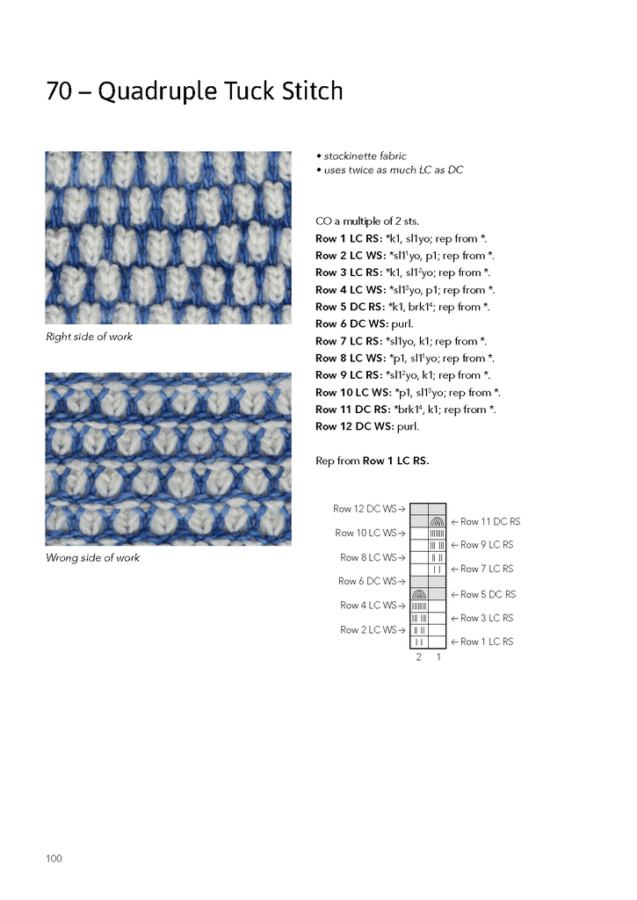 The Brioche stitch is actually one of the many tuck stitches because you tuck the stitch. So the tuck stitch is the family and the Brioche stitch is just one member of that family. Having done a lot of work with Brioche stitch I know that you can slip a stitch and give it a yarnover. As I was playing I thought why not slip it and give it another yarn over or slip it again and give it another yarnover. And then it dawned on me that what I was doing was tucking stitches like the machine did. Then what I did was add a second colour. And the minute you add a second colour you give texture to that stitch in a much, much different way.

A lot of tuck stitches don’t work that well by hand. On a machine each little needle – these machines are so sophisticated – each needle, each stitch can have a different tension. We just can’t do that in handknitting. But I really liked doing all these tuck stitch patterns. It’s just another can of worms that I’m opening up. I did about 90 stitches or something. But with what I showed in the book you could take any one of those and change one row and you’d have a brand new stitch pattern. 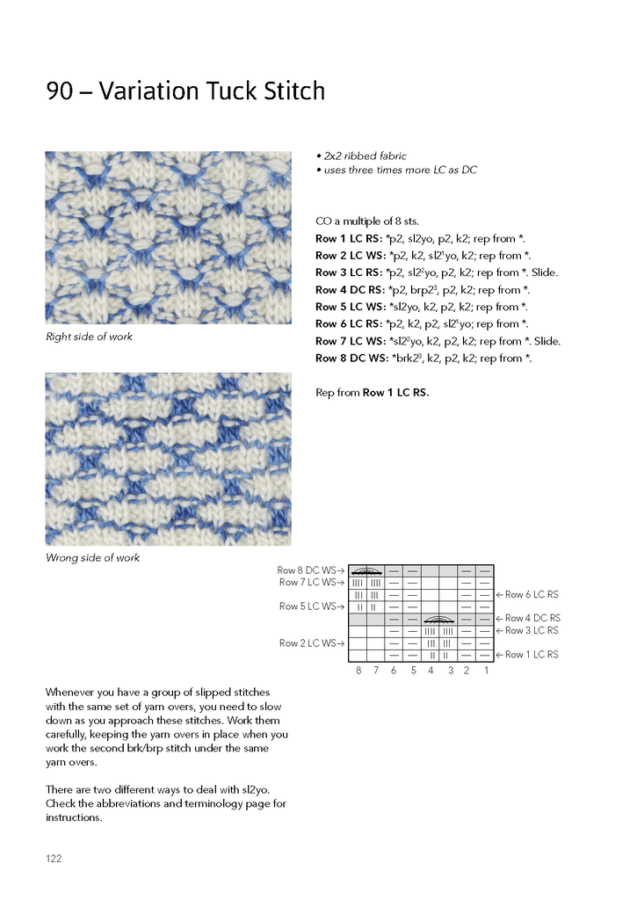 AT: Thinking about all those possibilities, what do you think is coming next in knitting? We’ve seen trends in lace or in speckles. Brioche obviously has been very big. Is texture the next big thing? Will we be seeing more tuck stitches?

NM: I think the next big trend will be more stranded knitting. People are becoming more accustomed to using colour. People are always so afraid of colour but there are a lot of patterns that are using colour now and knitters are becoming more secure in selecting colours and using them and being confident in wearing what they’ve made. So I think stranded knitting is going to become a bigger knitting thing and I also think intarsia is going to come back.

NM: Oh yeah. You know, I hate to say “way back when” but there used to be these periods of seven years there was a slump in knitting and then a height in knitting but that hasn’t happened in the last 15 years to my knowledge. It just keeps going higher and higher and higher. So after you’ve done lace or after you’ve done Brioche, what are you going to do next? And then people start combining things and they know all these techniques so think, “Oh hey, that’ll be fun!”

AT: I agree with you that colour is one of those things where it seems like people need to be given permission to play. I think there’s been a real release with hand dyed and hand painted yarns that knitters have embraced.

NM: Exactly and if something doesn’t work out the way you want, there’s nothing wrong with trying it again. You can’t really make a mistake. In Brioche knitting when you use two colours if you don’t pick high contrast colours, the colours will mix and the contrast won’t be there. So if you like drama, if you want everybody to notice your shawl, you’re going to have to pick colours that are really high contrast. And if you prefer sophistication then you’ll pick colours that are closer together in value.

At SweetGeorgia embracing colour is what we do! We’re as excited as Nancy to see knitters picking up the colour gauntlet and using it in new ways like texture and tuck stitches to expand their knitting horizons. Many thanks too, to Nancy for taking the time to chat about her new book. You can find Tuck Stitches in North American from Schoolhouse Press or in the UK and EU from Ysolda. 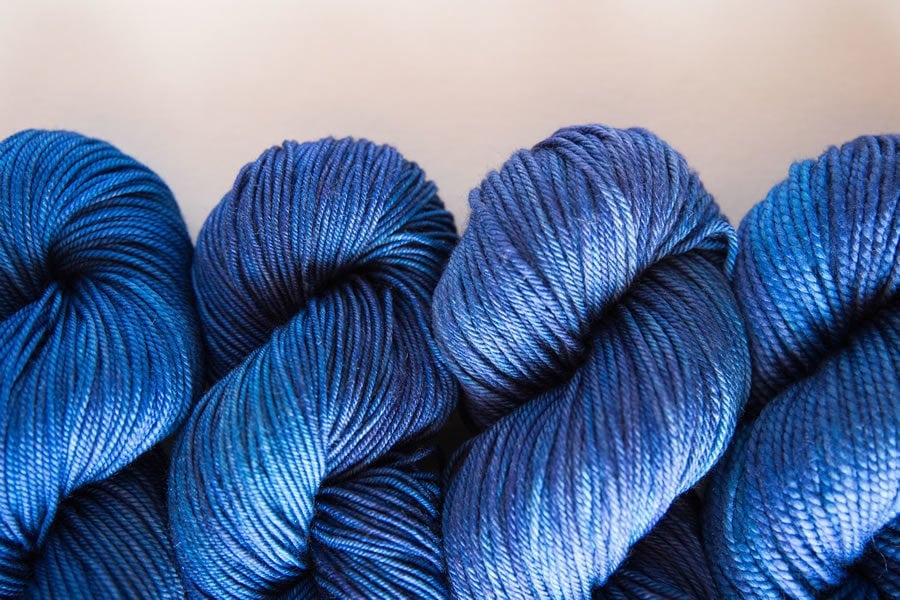 You may know that while I love the soft, soothing ...
END_OF_DOCUMENT_TOKEN_TO_BE_REPLACED 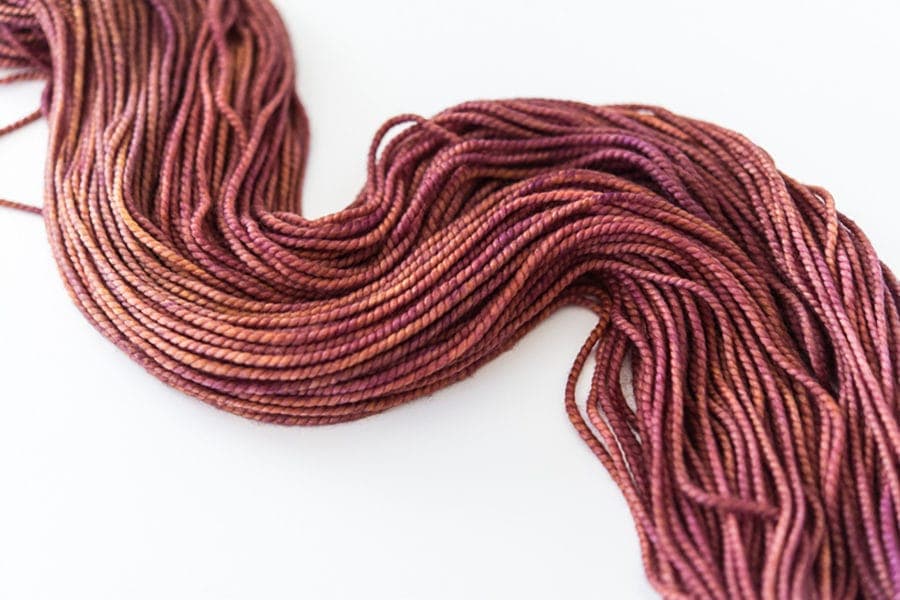 Emotion in Our Fingers

In Ayurveda, a traditional Hindu model of medicine...
END_OF_DOCUMENT_TOKEN_TO_BE_REPLACED 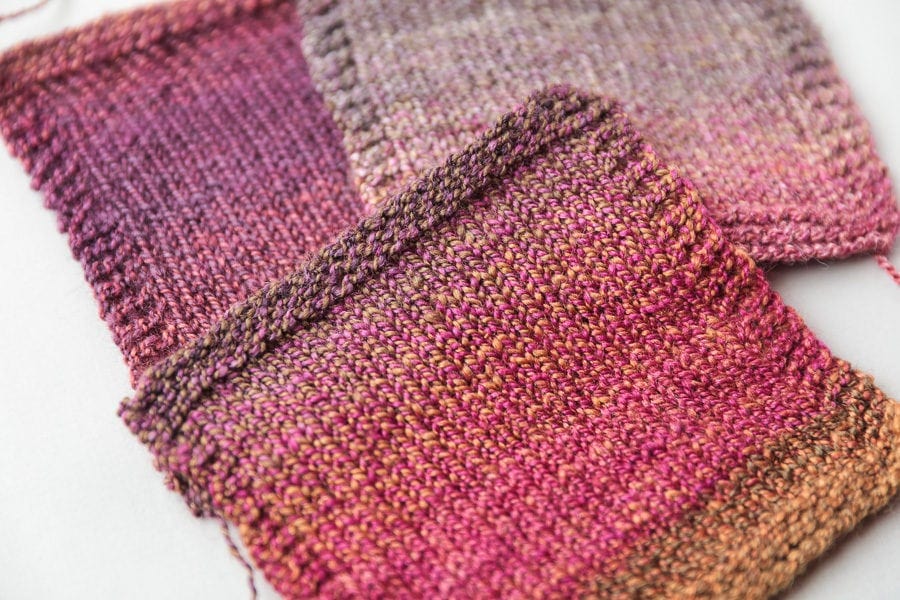 Fibre is such a tactile material to work with. Wit...
END_OF_DOCUMENT_TOKEN_TO_BE_REPLACED 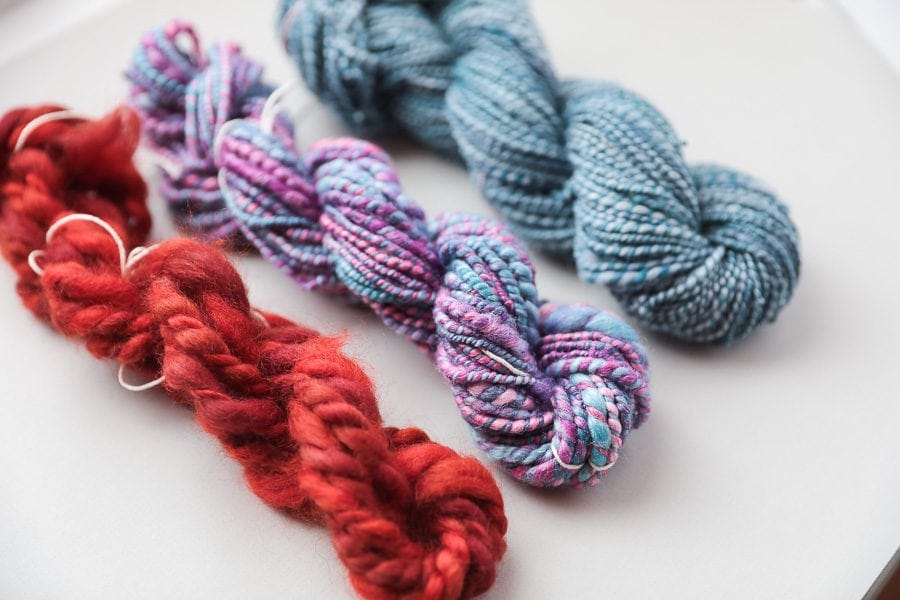 One of my goals of the new year was to learn how t...
END_OF_DOCUMENT_TOKEN_TO_BE_REPLACED 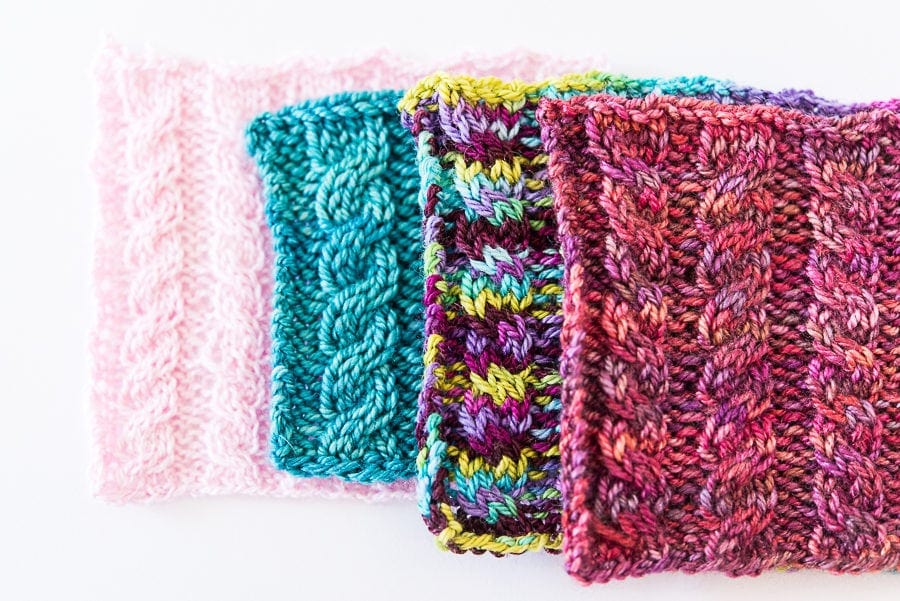 Choosing a Yarn for Texture

Texture is the siren's call of our craft, an allur...
END_OF_DOCUMENT_TOKEN_TO_BE_REPLACED 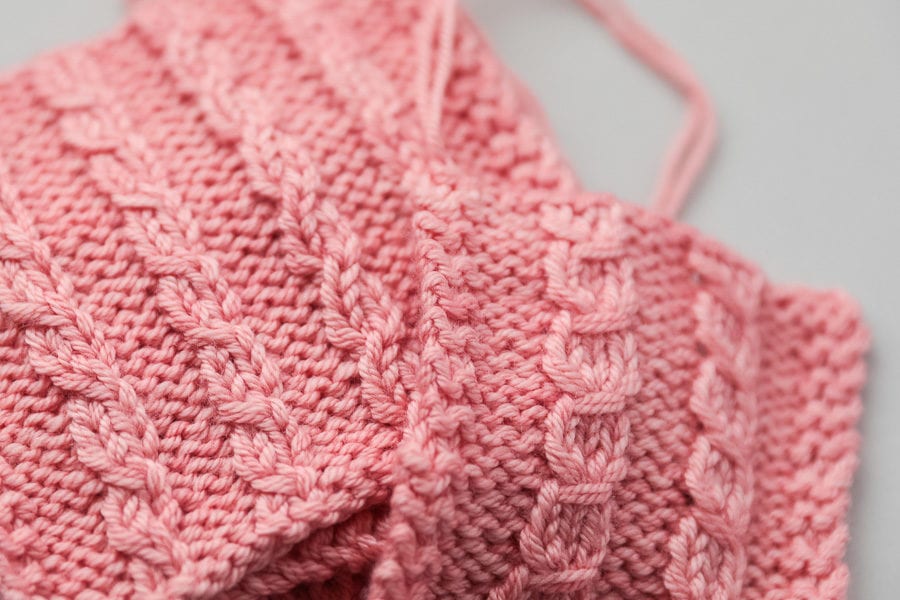 When learning French, I was introduced to the conc...
END_OF_DOCUMENT_TOKEN_TO_BE_REPLACED 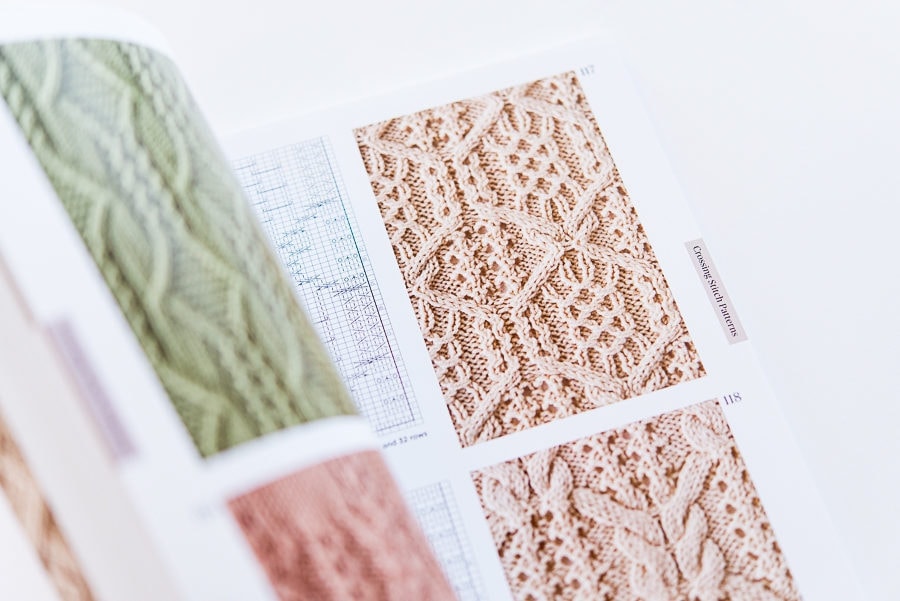 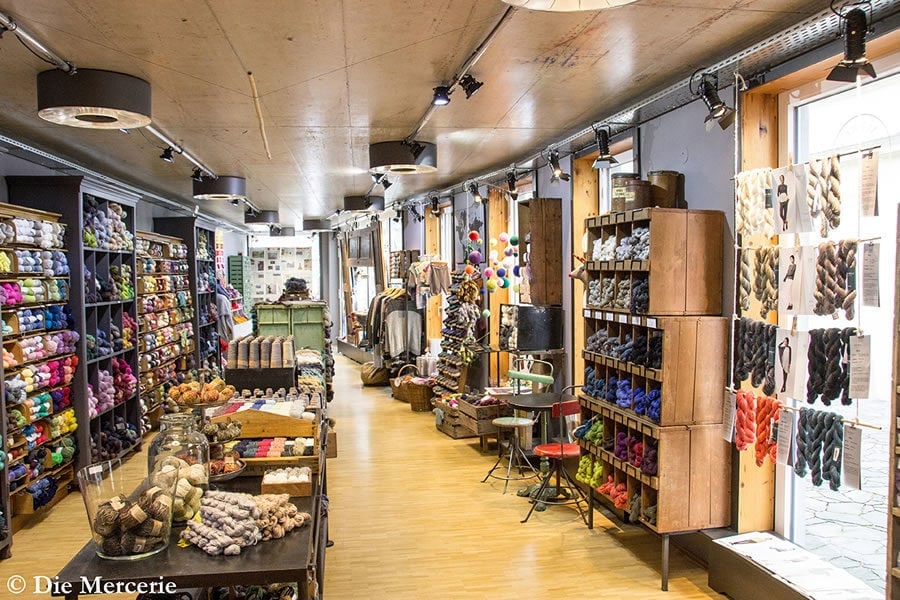 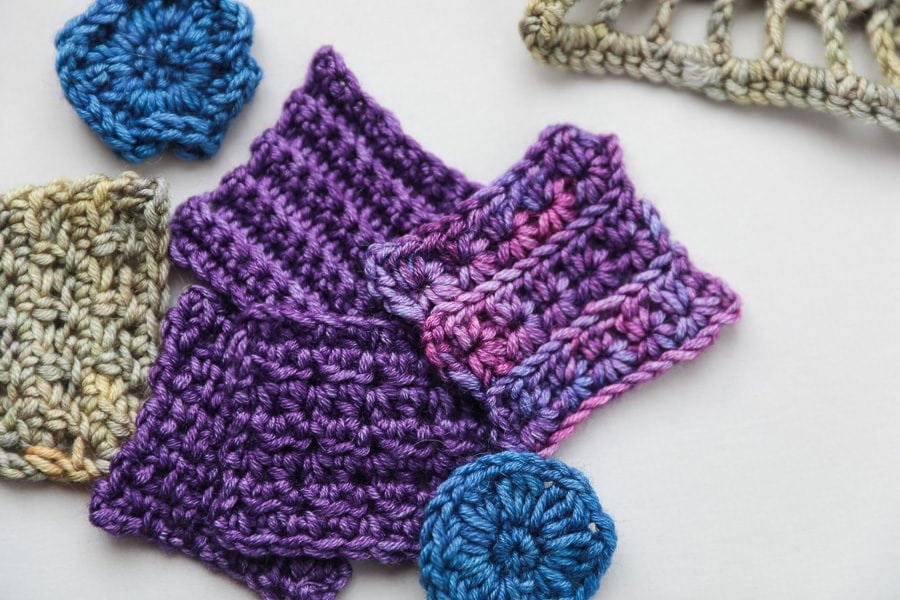 Texture in crochet. It looks complicated, but in f...
END_OF_DOCUMENT_TOKEN_TO_BE_REPLACED 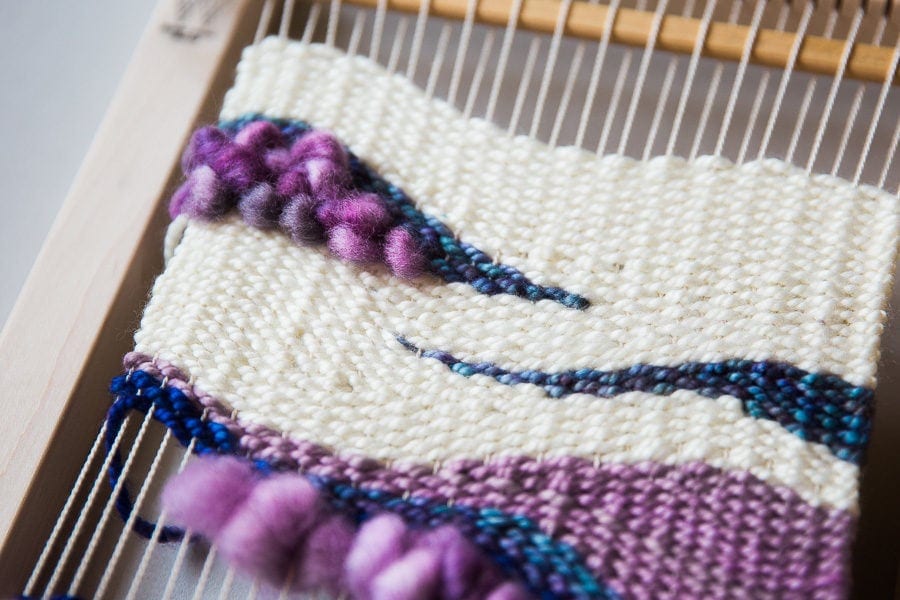 There are plenty of ways to add texture to a handw...
END_OF_DOCUMENT_TOKEN_TO_BE_REPLACED

Patterns for the Senses

Textured fabrics are a feast for the senses, capti...
END_OF_DOCUMENT_TOKEN_TO_BE_REPLACED