Twenty-three years ago I was fielding questions from high school students in Indonesia. It was an English class, and this was their opportunity to practice their English with me. I only remember one question. A young man stood up and asked, “If we become modern, will we still be Balinese?”

I am, to this day, immediately filled with a competition of thoughts in response to his concern, which has come back to me again and again. My answer to him was inadequate. I talked about Japan, how the Japanese have crafted a Japanese urban culture distinct from Western urban cultures. Have aspects of tradition been lost? No doubt. But are deep and fundamental features of Japanese cultural practice and belief still evident? I said “yes.” And then I suggested that Balinese modernity would be distinctly Balinese just as Japanese urban culture is distinctly Japanese.

One problem with my answer to this young man was that I was conflating modernity with urbanism. And for Hindu Balinese, the urban is Javanese and the Javanese are Muslim, have a different language, a different culture. To raise the spectre of the urban in alignment with the modern is to assert that, yes, if you become modern, you will cease to be Balinese. Modernity voids culture. A Balinese psychologist, a decade later in an academic talk about changing cultural practices in response to tourism, put it this way, “Balinese incorporation of ideas and practices from outside of Bali will result in Balinese becoming other people.” In her account, cultural appropriation entailed a loss of culture and, ultimately, a loss of the self.

With my anthropological background, it is tempting for me to dissertate on the social evolutionary theory laid out by Herbert Spencer, a close contemporary of Charles Darwin. I will, however, allow myself only a brief foray. Though Darwin’s name is better known, Spencer’s model of the evolution of human groups from savage to civilised is the one we carry around with us and which structures our thinking about ourselves and cultural “others.” It is a theory with global power disseminated by European colonizers through laws and education, as evidenced by the young Balinese man’s question, which reveals that he has internalized the conceptual framework as much as I have … and you have. For him, I, a white, American woman, was modern in a way he was not and would never be; in this view, modernity is always located somewhere else in some future, undefinable moment, practiced by other people.

Why do I bring this young man’s question up here, my answer to it, and then a brief discussion of social evolutionary theory? Because I have been ruminating on the term “cultural appropriation,” which relies on social evolutionary notions of race and culture. Do you seek it out, pursue transformation, and become ‘modern?’ Or do you avoid it, and maintain the traditional, indigenous self? To put this another way, in my effort to consider the implications of cultural influence, I have been thinking about what difference cultural incorporation or appropriation makes depending on where you locate yourself or have been located by others, on the social evolutionary hierarchy of development. Cultural appropriation can lead to creative cultural innovation and the (re)invention of the indigenous. But there is another side to cultural appropriation that is culture-damage. So what does this have to do with us?

I have heard the term “cultural appropriation” used more and more often by makers as a reference to the exploitation of an ‘ethnic’ creative production by someone (read non-ethnic white) determined to be outside of the originating (read ethnic, non-white) group. Part of what makes this practice as exploitation is that it is undertaken without attribution or even a basic understanding of the meanings and practices associated with the original design. But, cultural appropriation seems to have come to denote any creative incorporation of the expressions of people outside of your own group, regardless of attribution.

This notion of cultural appropriation depends on a robust concept of tradition and a sense of certainty concerning the origins, history, and authenticity of particular forms. A set of motifs, styles, and techniques are identified as belonging exclusively to a demarcatable group; design and forms of making are ethnic property. In this context, use of motifs and techniques, deemed traditional and authentic, by artists and designers outside of the group believed to have originated them (especially without acknowledgment or attribution) is designated a form of creative (and sometimes economic) violence.

Many examples of this phenomenon of cultural appropriation and exploitation emerge from the fashion industry, where designers working for huge brands routinely scour historical and cultural sources for inspiration for their latest collections. The fast-fashion company, Zara, has repeatedly been criticized for appropriating designs and styles of ethnic groups without attribution. Several examples include a plaid sarong-like skirt similar to sarongs worn by Indian and Southeast Asian men, a tie-dyed dress similar to that worn by women in Somalia, and a blouse embellished with a distinctive style of black and white embroidery made by Mexican women in Chiapas. In the first two examples, Zara has been taken to task through social media by people objecting to Zara’s use of ethnic clothing forms without attribution. In the last instance, the affected artisans are not only objecting to the appropriation of ethnic designs without attribution, but they are also considering bringing suit against Zara for the ways the clothing company has affected Mexican artisans’ abilities to sell their hand-embroidered blouses in the wake of Zara’s inexpensive and cheaply manufactured alternative. 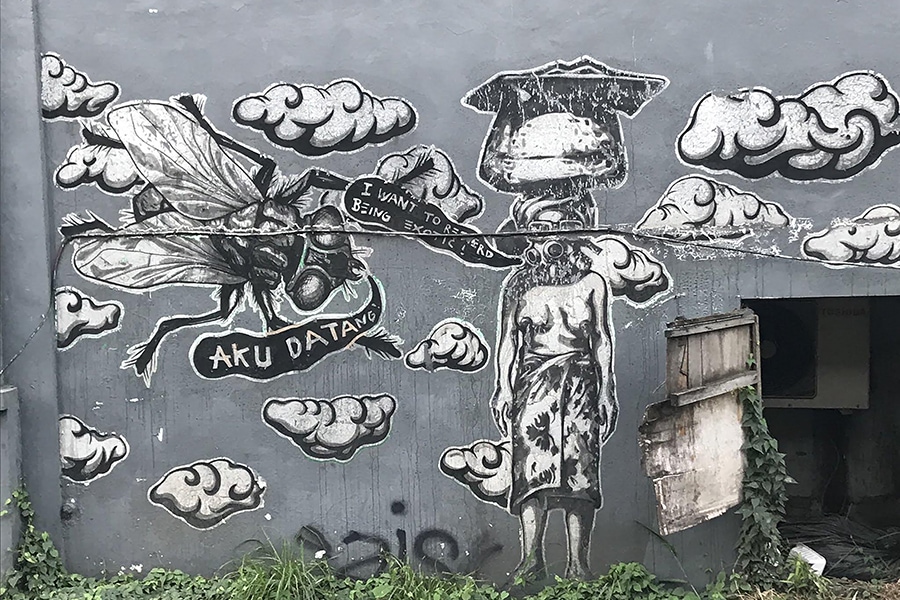 In the last five years, spray painted graffiti art has become a way for Balinese youth to comment on contemporary Balinese cultural dilemmas. I see this phenomenon as an example of creative cultural fusion (cultural appropriation) for the way it appropriates a Euro-American practice of tagging and graffiti art to address local circumstances in a novel way. This wall is in the tourist town of Ubud, which has become a snarled mess of traffic and new construction of tourist accommodations that threaten to obliterate the rice fields that were one of the features that drew tourists to the location in the first place. The huge fly, which I take to represent the tourist but also non-Balinese Indonesians, is announcing, in Indonesian, “I’ve arrived!” while the ‘traditional’ Balinese woman, topless and wearing a sarong, is forced to put on a gas mask against the pollution resulting from the endless traffic jams. In response to the fly’s excited announcement, she complains about the fact that it’s incumbent on her, in the context of cultural tourism, to perform exotic native for a global audience – “I want to retired being exotic!”

How does this problematic relationship of the designer to difference change, if it does, when we are talking about slow fashion instead of fast fashion, individuals and small-scale entrepreneurs instead of big companies? How do creatives navigate this fraught terrain, shot through with complex dynamics and meanings around global power, post-colonial imperialist economic expansion, and social evolutionary frameworks of race, religion, ethnicity, gender? Is inspiration that integrates multiple traditions always suspect, always exploitative? How do we know when we have crossed the line into this mine field? How much influence is too much? What constitutes predation? Where does suffering begin?

I believe it’s possible, intentionally and consciously, to craft an ethical practice of fusion. I believe it is incumbent upon us all to foster a kind of creative freedom through exchange and incorporation as collaboration rather than appropriation as exploitation. For to cordon ourselves off creatively, intellectually, aesthetically, from one another can cause a kind of xenophobic essentialism that conflates ethnicity with particular materials, symbolic and visual vocabularies, and modes of expression.

Freezing what counts as culture into a particular set of features, at a particular historical moment, goes against the fact that human material culture and intellectual and spiritual traditions have been in flux for as long as we know, enriched and transformed by the movement of people and our connections through trade and war and love, the lively pulsing of our curiosity from the beginning until now. The Silk Road (and there were actually many, both land and sea) was the ancient trade system that went from Africa to China. It meant that there was trade from the Middle East, through Europe, to Southeast Asia, South Asia, and East Asia. This is why, for example, the word for ‘man’ in Hindi is ‘Adam,’ in Indonesia the words for ‘fate’ (nasib) and ‘breath’ (nafas) are both from Farsi, and the word that negates a noun (bukon) is Chinese. You’ll find the same knife-making technology – damask steel – from the Middle East through Asia. Incorporation of others’ ideas and integration of those ideas with one’s own through experimentation, is fundamentally human. We are the Silk Road. We have always been the Silk Road.

Yes, our migrations and connections have entailed shifting and complex relations of power. Those relations of power will continue to change and shift and we must let them because it is only with their shifting that those of us who have suffered injustice and subjugation, have a way out. We all can engage in integrative projects. We are all impelled, as humans, to delight in difference and to be inspired to craft fusions of what we know and what is familiar, with that which is unfamiliar. This is the nature of innovation.

Rather than fence ourselves in and police the boundaries, I think, as creatives, we can strive together to develop responsible practices of inspiration and expression. These practices should actively work against the grain of corporate models of design and production; models structured around profit derived from the creative efforts of unacknowledged, uncompensated, less powerful others, and are motivated by greed.

I have identified five key concepts that I think can guide us in opening alternative and ethical spaces in which the great diversity of creatives can engage ideas, traditions, and techniques not indigenous to themselves: Acknowledgement, Collaboration, Compensation, Education, and Impact.

Practices that engage these concepts and flesh out their specific meanings as they relate to local conditions represent a humane methodology for cultural integration as opposed to cultural appropriation intended to wring gain for a corporate few out of the rich and varied efforts of creatives everywhere.

I think what I should have said to that young man two decades ago, was, “You are here with me, right now, a modern Balinese. We are all modern because we are all living at the same moment, working to express ourselves, become ourselves, and stay ourselves and, at the same time, connect with other people engaged in the same process, in their own ways.” & 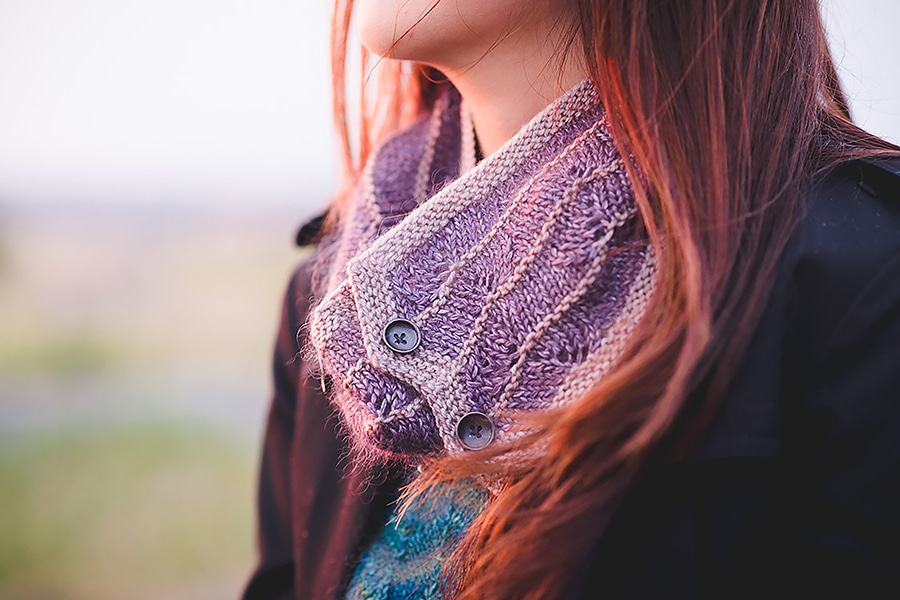 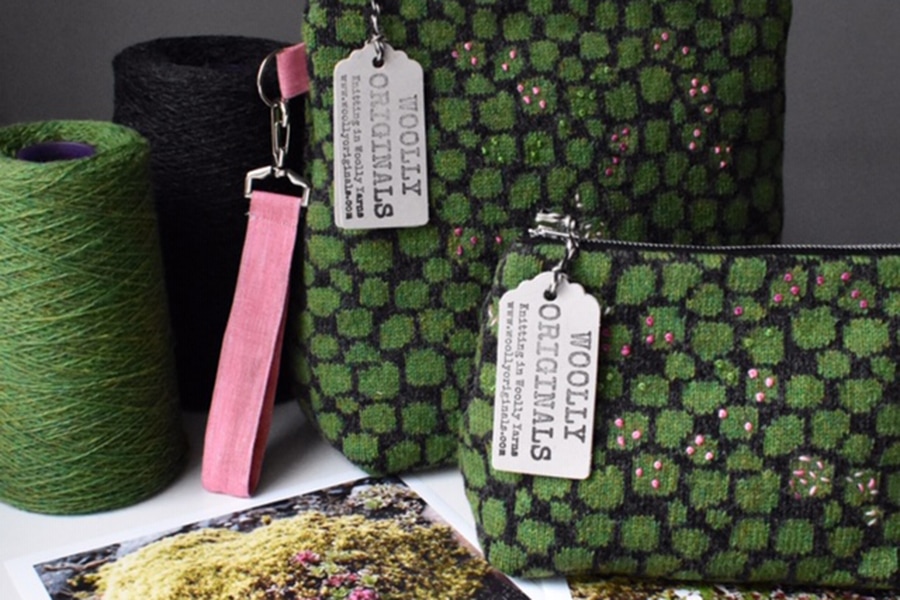 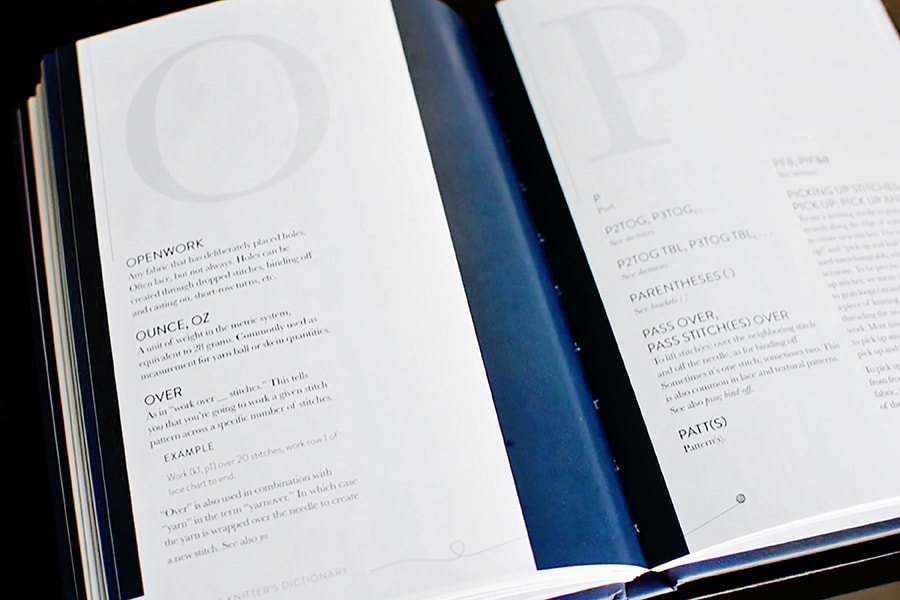 Although Kate Atherley is a prolific designer and ...
END_OF_DOCUMENT_TOKEN_TO_BE_REPLACED 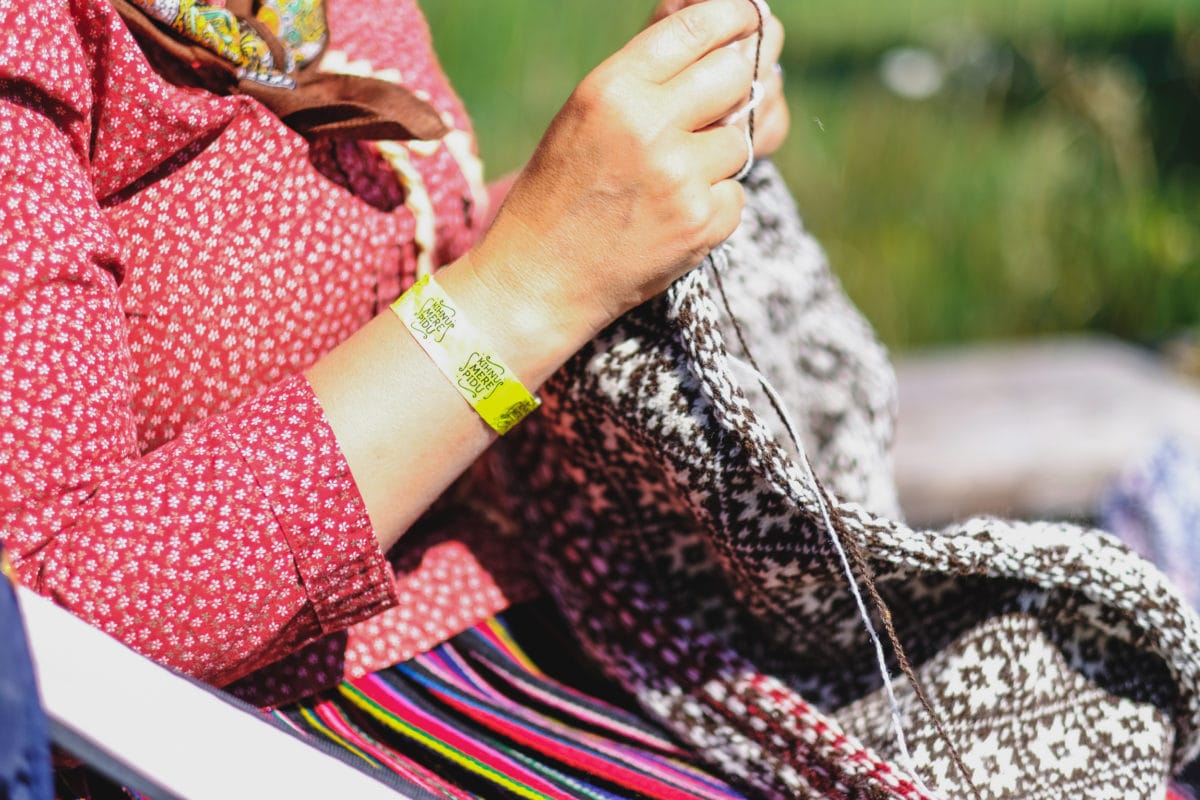 Photography by Silvia Soide I knit because of m...
END_OF_DOCUMENT_TOKEN_TO_BE_REPLACED 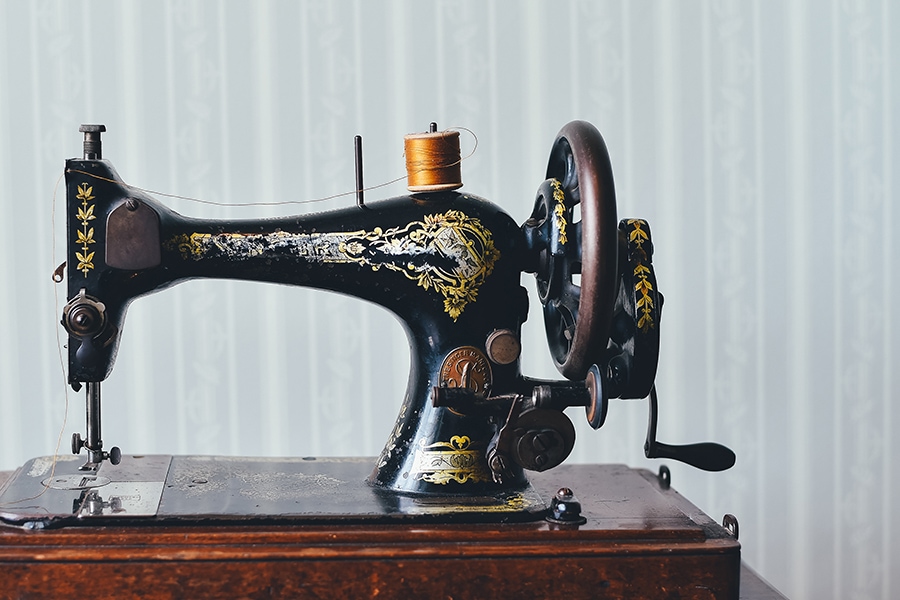 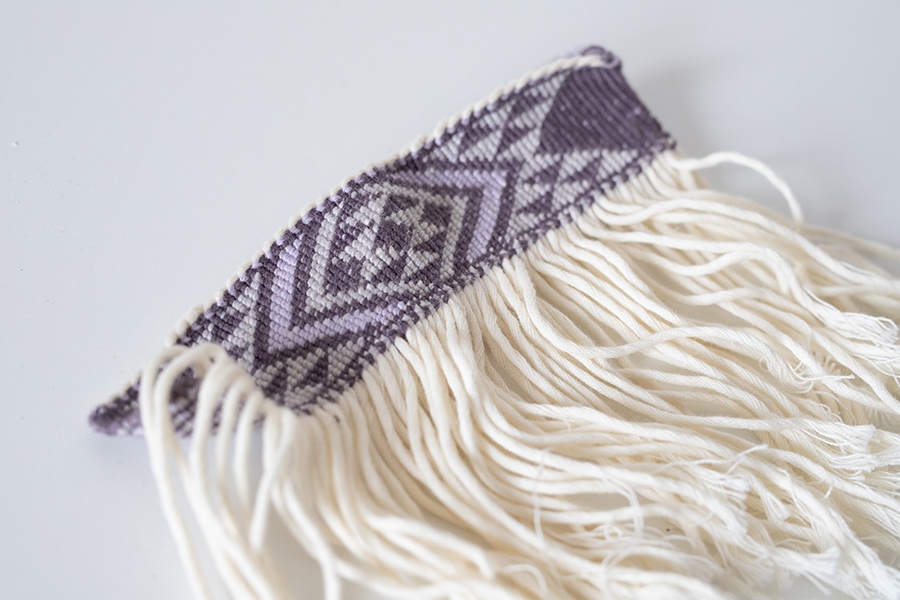 “According to Māori belief, any talent a person po...
END_OF_DOCUMENT_TOKEN_TO_BE_REPLACED 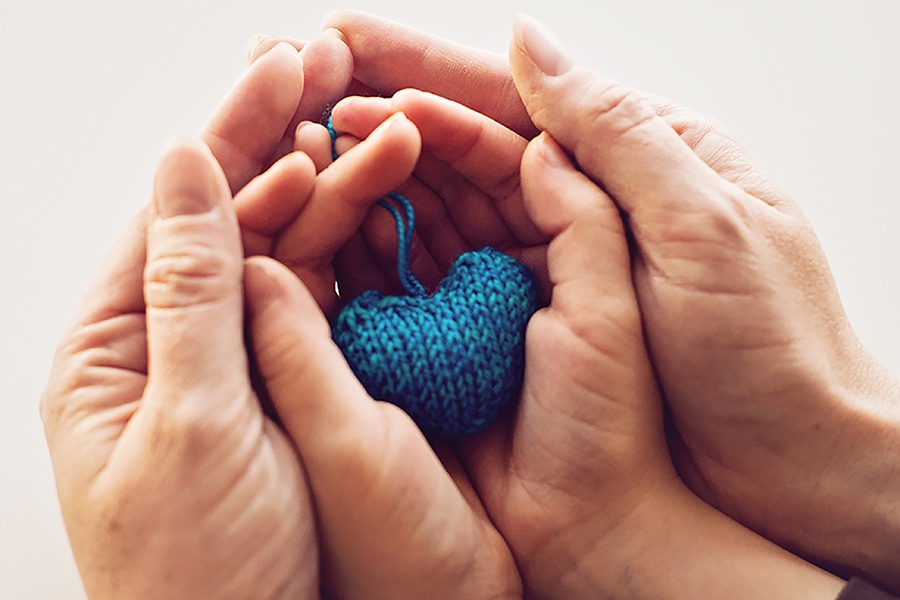 “If I die, will you teach her how to knit?” Whe...
END_OF_DOCUMENT_TOKEN_TO_BE_REPLACED 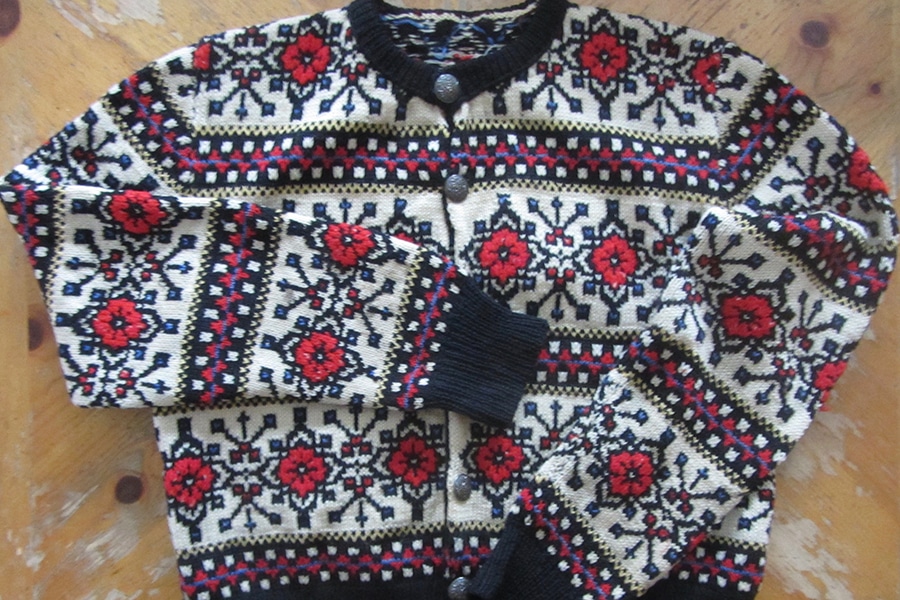 A chance encounter provided me with a special trad...
END_OF_DOCUMENT_TOKEN_TO_BE_REPLACED 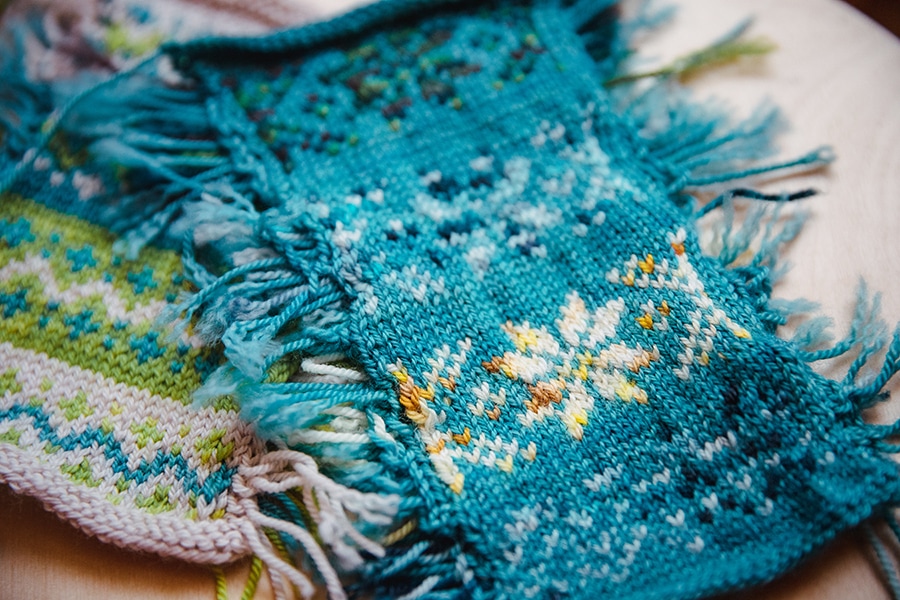 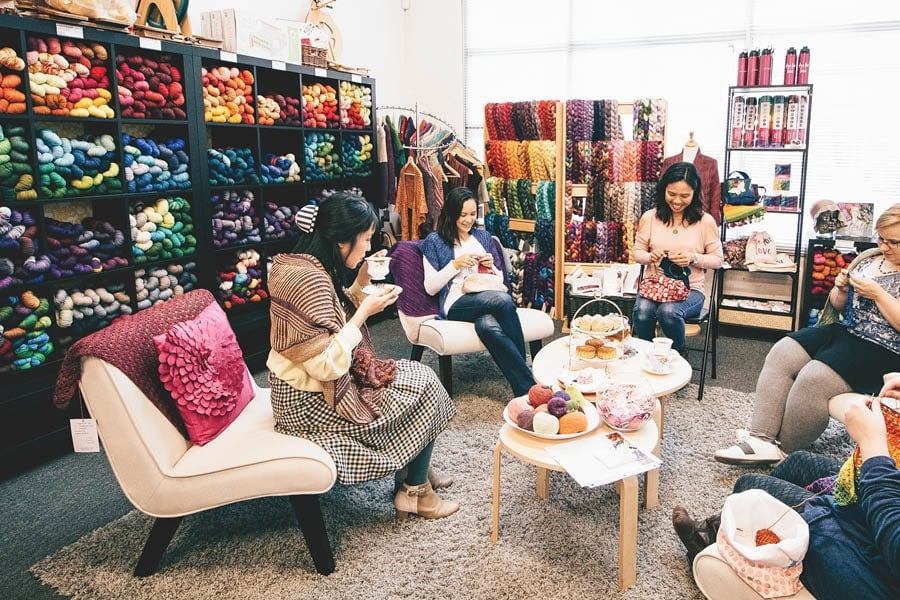